Boğaziçi University President Gülay Barbarosoğlu and a group of both senior administrators and academicians were in New York in April to get together with BU alumni and friends living in the United States and to meet with officials from partner American universities.

Boğaziçi University President Gülay Barbarosoğlu and a committee of academicians from the University met with officials from prominent universities in Boston and Chicago on September 17-24, 2015, with a view to enhancing Boğaziçi University’s international collaboration with these universities.  The committee comprised Professor Ali İzzet Tekcan, Provost; Professor Taner Bilgiç, Vice Provost; Professor Taylan Akdoğan, Dean of the Faculty of Arts and Sciences; and Asu Nisa Kırdar, Global Outreach Coordinator.

The George Washington University hosted the first colloquium of the Global Humanities Project—bringing together the presidents of three universities, alongside humanities advocates from several countries, to discuss ways to enhance the visibility, prestige and impact of the arts and humanities in an increasingly globalized world. The colloquium signaled the start of Boğaziçi University’s collaboration with The George Washington University and Al Akhawayn University to produce a series of interconnected events drawing on the humanities in different national and cultural contexts.
Turkish Ambassador to the US Hosts Reception in Honor of Boğaziçi’s 150th Anniversary (March 4, 2014) 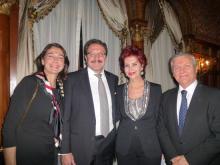 The Turkish Ambassador to the United States, H.E. Namık Tan, hosted a reception for the Boğaziçi University community in honor of the schools 150th Anniversary. Held at the Embassy’s beautiful Washington, D.C. residence, the reception drew a large crowd, with BU alumni and friends from all over the United States joining. Following Ambassador Tan’s welcoming remarks, Boğaziçi University President Gülay Barbarosoğlu took the podium, sharing a film about the institution’s history and giving thanks to all present for joining the celebration.
President Barbarosoğlu Gives Keynote Address at the FPA’s World Leadership Forum (September 20, 2013)

Boğaziçi University President Gülay Barbarosoğlu delivered the keynote address at this year’s World Leadership Forum. Organized annually in New York City by the Foreign Policy Association (FPA) to coincide with the United Nations General Assembly, the topic of this year’s Forum was “The Growing Global Economy”. The only participant from Turkey, President Barbarosoğlu, speaking at the Harvard Club, focused on the role that socio-economic development and growth play in education, and on the effect of education on social development in Turkey.
BU Alumni and Friends Gather in Boston (May 28, 2015)

Boğaziçi University alumni and friends gathered at a BU hosted cocktail reception in Boston, renewing old friendships and forging new ones. Held at the MIT Sloan School of Management Faculty Lounge on Wednesday, May 27, the get-together was organized by the Global Outreach Program with the invaluable help of former BU student Özge Karanfil, who is currently a PhD candidate at Sloan. “As an alum, I was very excited to help organize our get-together at MIT” said Ms. Karanfil.

As part of its growing outreach efforts to reestablish, strengthen and steward its relationships with both alumni and friends in North America, Boğaziçi University conquered New York City again this past April! Not only did it have its first U.S.-based fundraising gala but also hosted its first panel, adding a milestone academic component to the gatherings the University first started organizing in New York City last year as part of its 150th anniversary celebrations.
Global Humanities Project Moves to Istanbul (November 10-12, 2014) 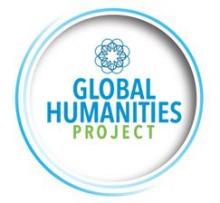 Beginning in the spring of 2014, Boğaziçi University began its collaboration with The George Washington University and Al Akhawayn University to produce a series of interconnected events drawing on the humanities in different national and cultural contexts. These collaborations are designed to highlight the value and celebrate the contributions of the humanities to society around the globe. Each institution has appointed a Faculty Advisory Council to participate in colloquiums focused on different topics in the humanities. The first of these was hosted by The George Washington University in March 2014.
Globalization and Higher Education Conference: October 13, 2014

As part of its 150th anniversary festivities, Boğaziçi University moved its sesquicentennial celebrations to New York City in April of 2014. Kicked off on April 21st with President Gülay Barbarosoğlu’s ringing of the NASDAQ OMX Stock Market’s closing bell and concluded with the April 26th 150th Year Gala Dinner at the University Club, these festivities were aimed not only at celebrating a 150 year legacy but also at bringing together as many members as possible of the Boğaziçi community living in North America. Organized by the Office of International Relations Global Outreach Program in cooperation with the Office of the Rector and the University’s Foundation, BUVAK, these activities were part of a series of events designed to increase Boğaziçi’s presence in North America, further strengthening its ties with its alumni and the larger community.