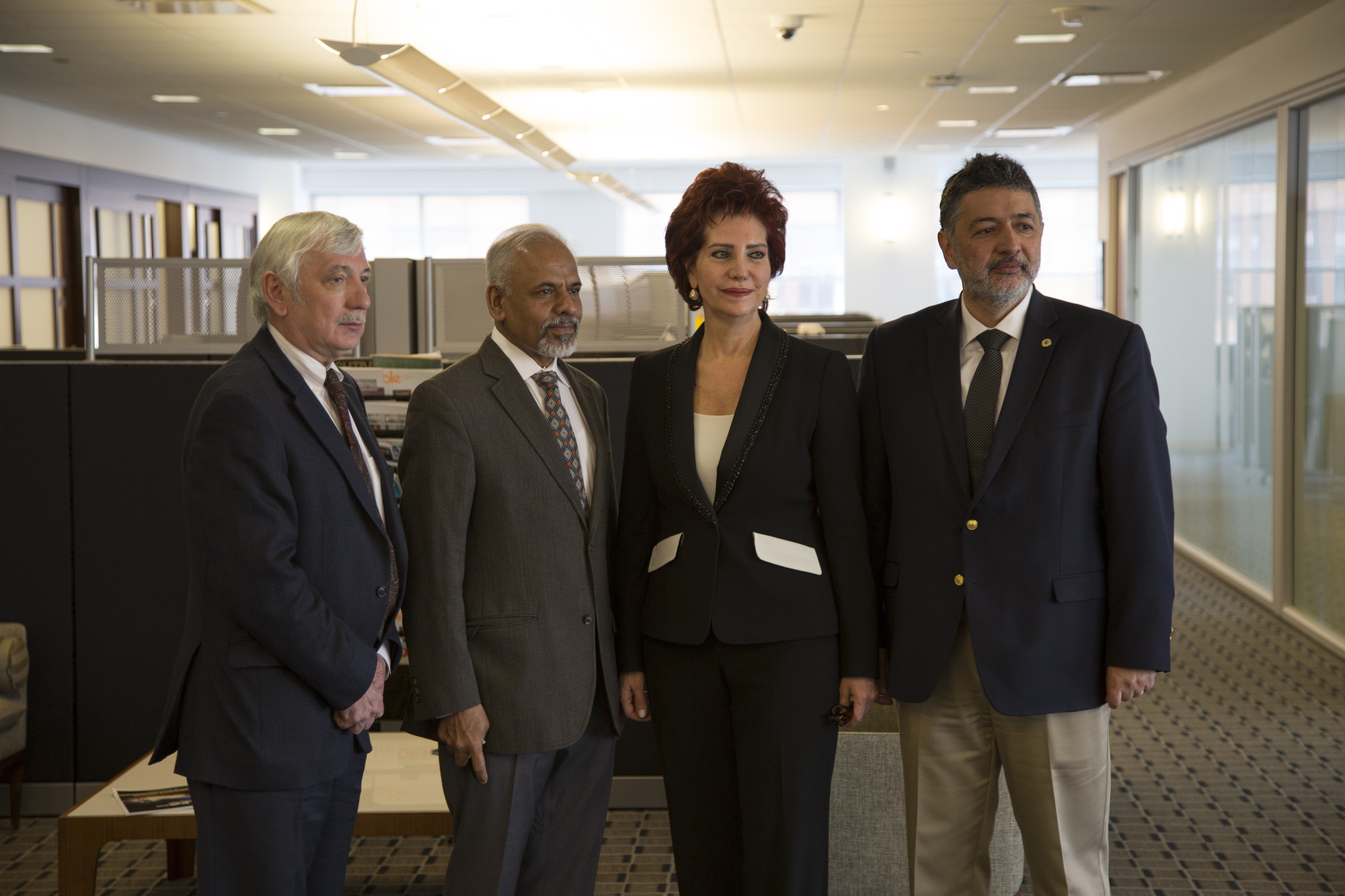 As part of the agreement, the NYU Tandon incubator system will house an accelerator for BU-affiliated startup companies. The accelerator program will launch in fall 2016, with up to four Turkish companies participating during each of three cycles per year. During their three months stay in NYC, new Turkish companies will gain access to startup support and mentoring; receive guidance on product-market fit and raising revenue; and attend regular roundtables, seminars, and workshops. The schools plan to offer seminars and workshops in both New York City and Istanbul.

The arrangement will provide BU entrepreneurs in the high-tech sector with important insight into the U.S. market, as well as exposure to potential investors, partners, and clients; similarly, companies already in NYU’s incubator system will benefit from networking, discussion, and potential association with BU’s startups. The agreement was signed April 22, 2016, at NYU Tandon.

NYU Tandon School of Engineering Dean Sreenivasan stated that the agreement signed with Boğaziçi University opens up various opportunities for international collaboration.  He said, “It is gratifying to know that our counterparts in Turkey share our focus on entrepreneurial efforts that can better the world, including bioengineering, urban systems and infrastructure, information and communication systems, and clean energy. By working together, we will encourage activities within those spheres and beyond.”

President Gülay Barbarosoğlu said, “We are a university that attracts the best minds of Turkey with a strong entrepreneurial culture. Coming to New York City and collaborating with the NYU Tandon School of Engineering is an exciting opportunity for the students, faculty, and alumni of two universities. Boğaziçi University alumni have a strong presence in the tristate area and can contribute to this effort, bridging not only the two universities but also high technology businesses of Istanbul and New York City.”

In 2009, NYU Tandon became home to the first technology incubator with New York City support, and it launched the city’s first cleantech incubator with funding from the New York State Energy Research and Development Authority (NYSERDA).  Today, Tandon’s incubator system supports more than 40 start-up companies in three locations: a data-focused incubator on SoHo’s Varick Street, one in the DUMBO section of Brooklyn focused on digital technology, and a third in Downtown Brooklyn’s MetroTech Center with a focus on clean-energy technology.