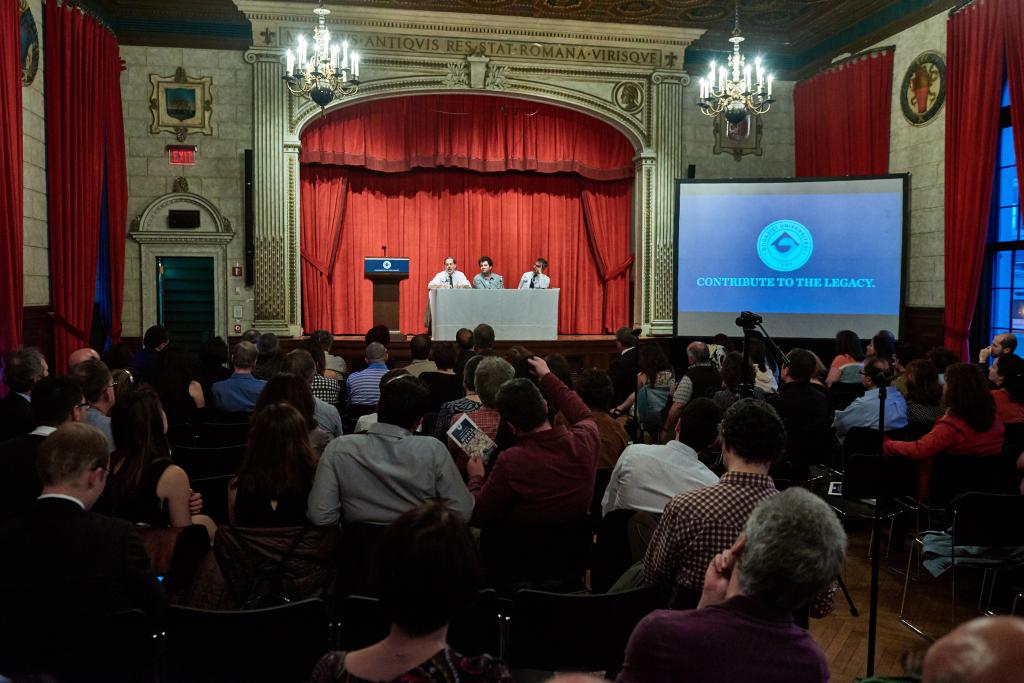 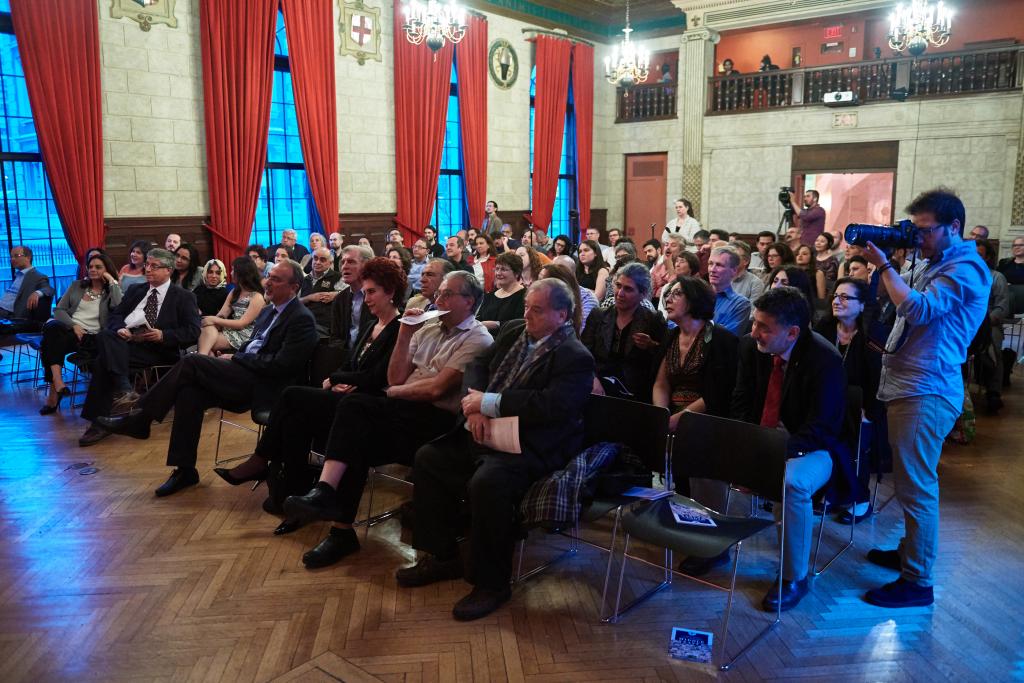 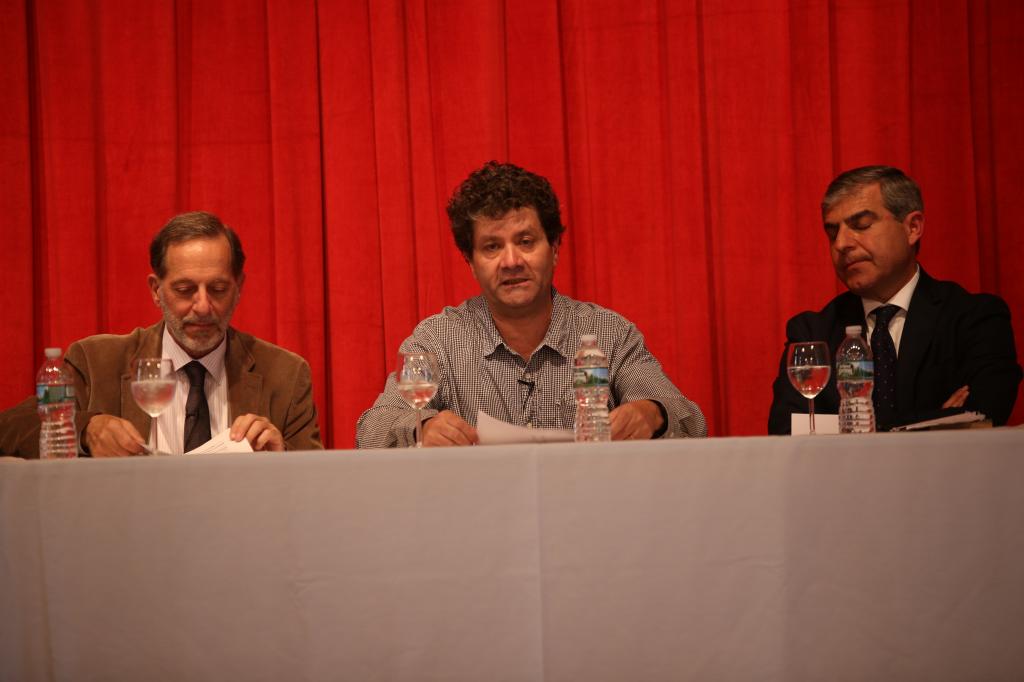 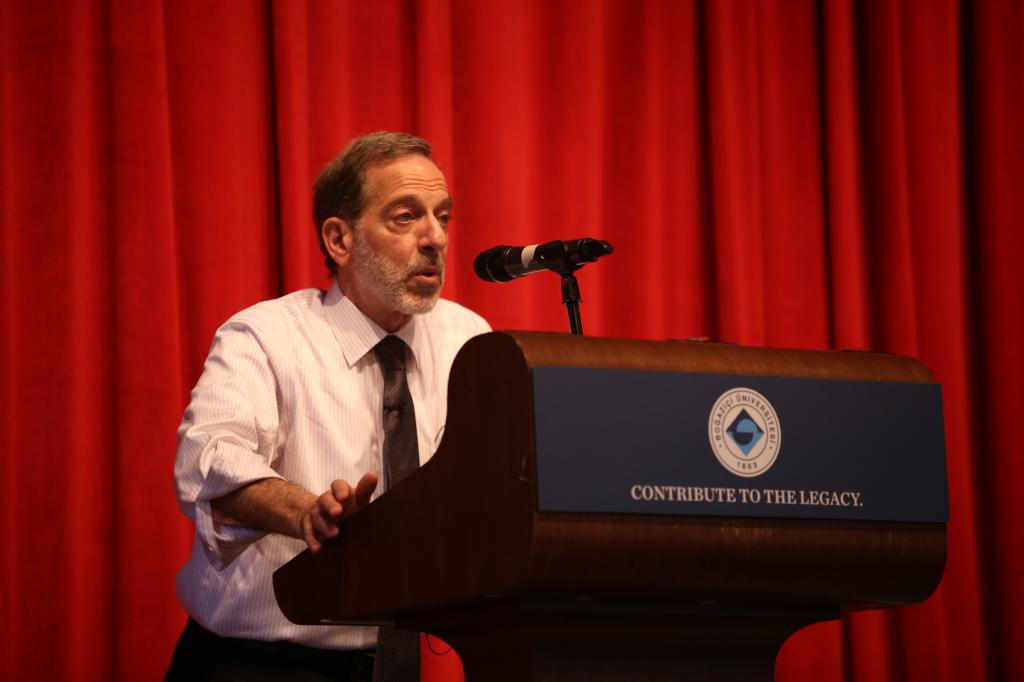 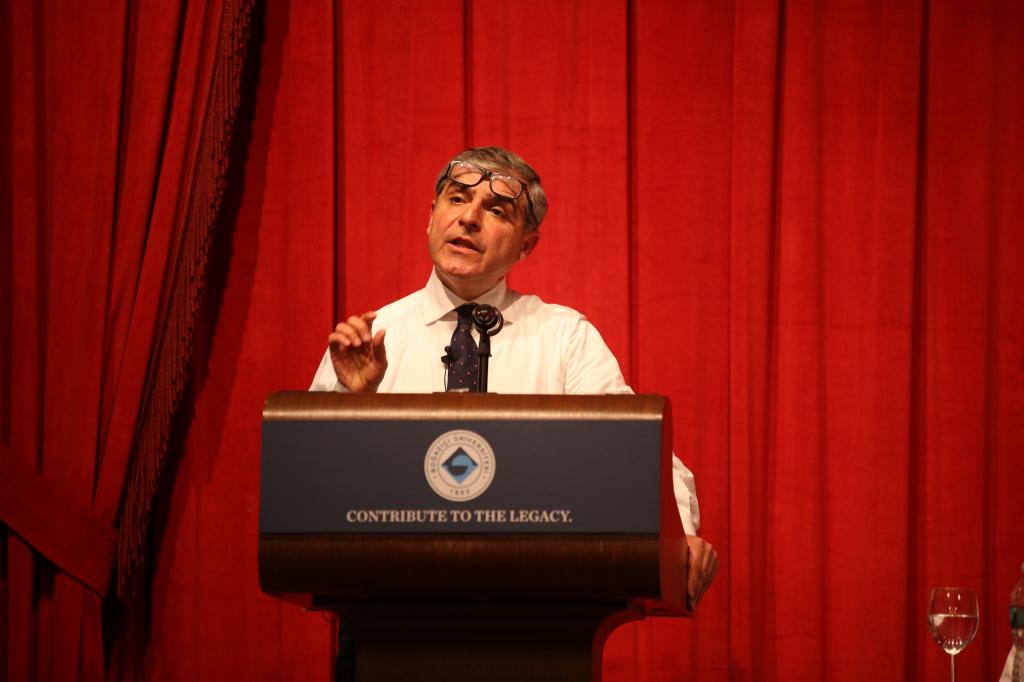 In his speech entitled “How Long Can the Sykes-Picot Frontiers Persist?” Professor Khalidi stated that the Islamic State, also known as DAESH (ad-Dawlah al-Islamiyah fil-‘Iraq wa ash-Sham) or ISIL, arose as a result of the occupation of Iraq by the United States in 2003.  He argued that the occupation destroyed the infrastructure in Iraq in its entirety, to an extent not witnessed even in Nazi Germany at the end of the Second World War.  Stating that ISIL’s objective was to end the present order created by the frontiers drawn by the Sykes-Picot Agreement signed in secret between Great Britain and France during World War I, Khalidi explained that in fact many political movements that took place in the Arab world in the 20th Century aimed at changing the Sykes-Picot frontiers.  He acknowledged that two countries that had resisted those frontiers were Turkey and Iran.

“ISIL is a result of the occupation of Iraq”

After the First World War, the failure of the Arab political movement to establish a Syria-Iraq-Hejaz Federation was followed by the Western powers drawing the state borders in the area. Khalidi stated that there had been a strong anti-Western sentiment in the region ever since, and that ISIL had flourished and expanded their influence within that environment. He argued that the seeds of ISIL had been planted in an American prison camp in Iraq where former members of the Ba’ath Regime who had experience in government were housed together with supporters of the Islamic movement.  Reminding the audience that the Arab nationalist dimension of ISIL should not be overlooked, Khalidi stated that the longevity of the borders of countries like Jordan, Syria, Lebanon and Iraq was uncertain.

Referring to the several threats that existed in that part of the world, Khalidi argued that ISIL and the Kurdish Nationalist movement defied the existing frontiers in the region on ethnic and religious grounds.  He noted that the “sectarian wars” that were fueled by the civil war in Syria and “external interventions” were the other major threats in the region.  Pointing to the destructive effect of the strain between Saudi Arabia and Iran, Khalidi emphasized that the Sunni-Shi’ite tension was not a societal but rather a politically created one.

Khalidi explained that although the artificiality of the Sykes-Picot frontiers was discussed from time to time, all state borders in the world were, in their own way, artificial; and that these states could not just disappear at the same time.

How did Al-Qaeda and ISIL gain legitimacy?

Fawaz Gerges explained that Al-Qaeda was created by the United States during the cold war between US and Russia while ISIL emerged after the occupation of Iraq, following the destruction of the country’s established traditions and state institutions.

Stating that ISIL rejected the idea of sovereignty, aiming to destroy the existing concept of state, Prof. Gerges noted that Arab society considered ISIL as an anti-colonialist movement.  Gerges added that in face of unemployment, poverty, lack of security and the American occupation, ISIL gained legitimacy, and that both Al-Qaeda and ISIL should be considered anti-hegemonic movements.  He explained that when the American occupation destroyed the social fabric in Iraq, the American prison camps became “incubation centers” for those movements; since Al-Qaeda and ISIL were utopian, reactionary movements, they kept growing, with young people joining in thousands.  Stating that it was absolutely impossible to suppress such movements by military force, Gerges pointed out that the Arab world needed a new Middle East image.