The Future of Higher Education Addressed at Boğaziçi University (October 13, 2014) 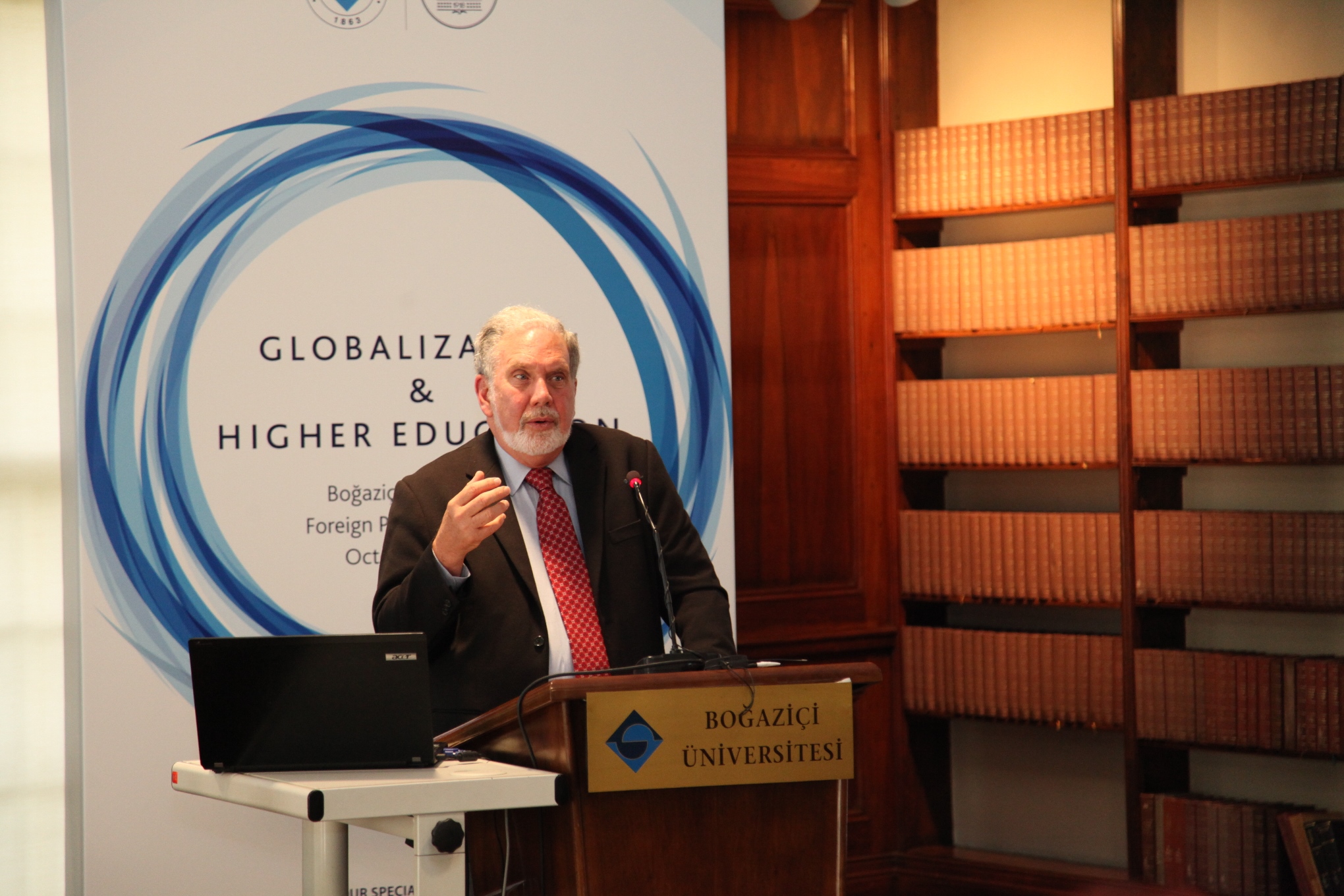 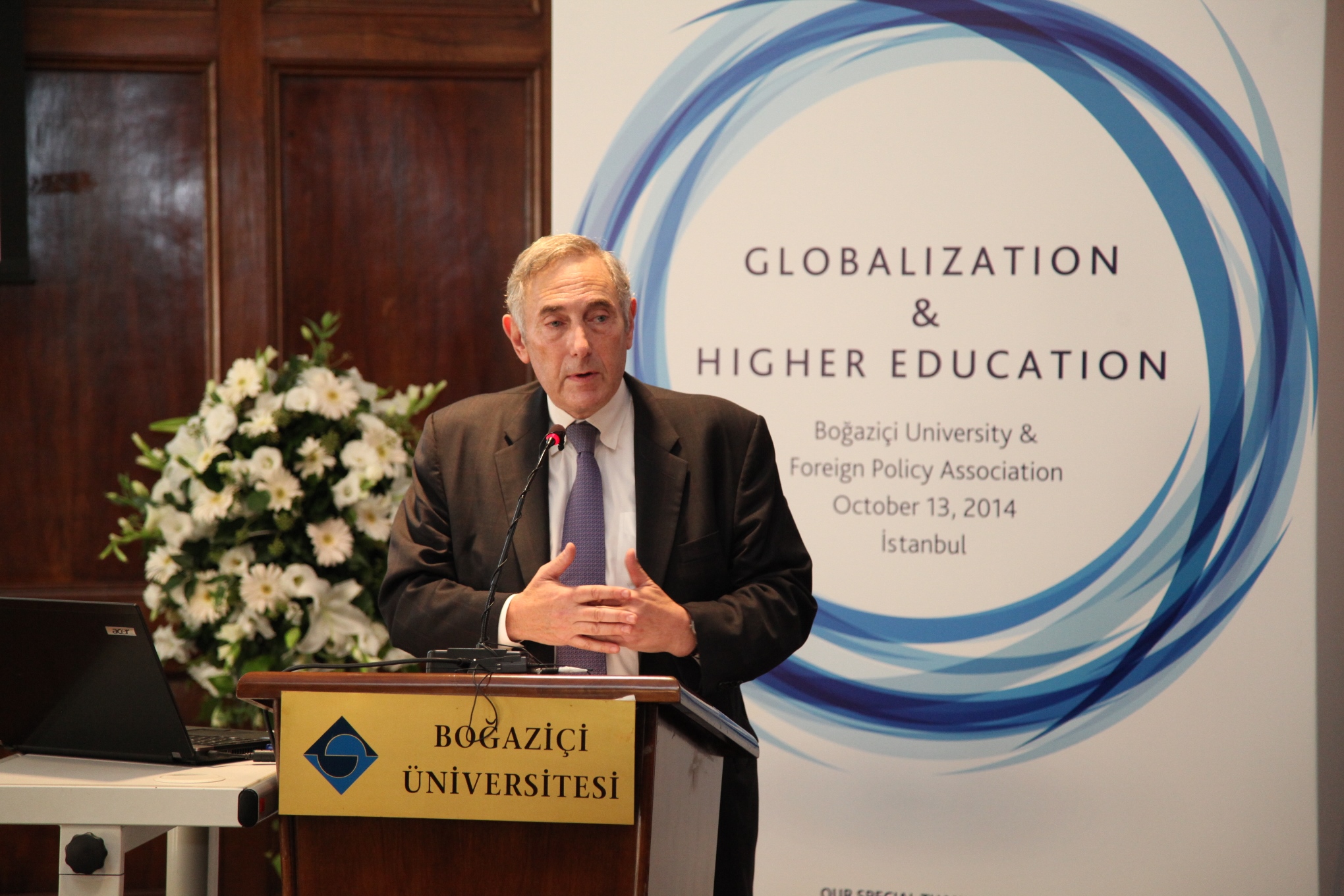 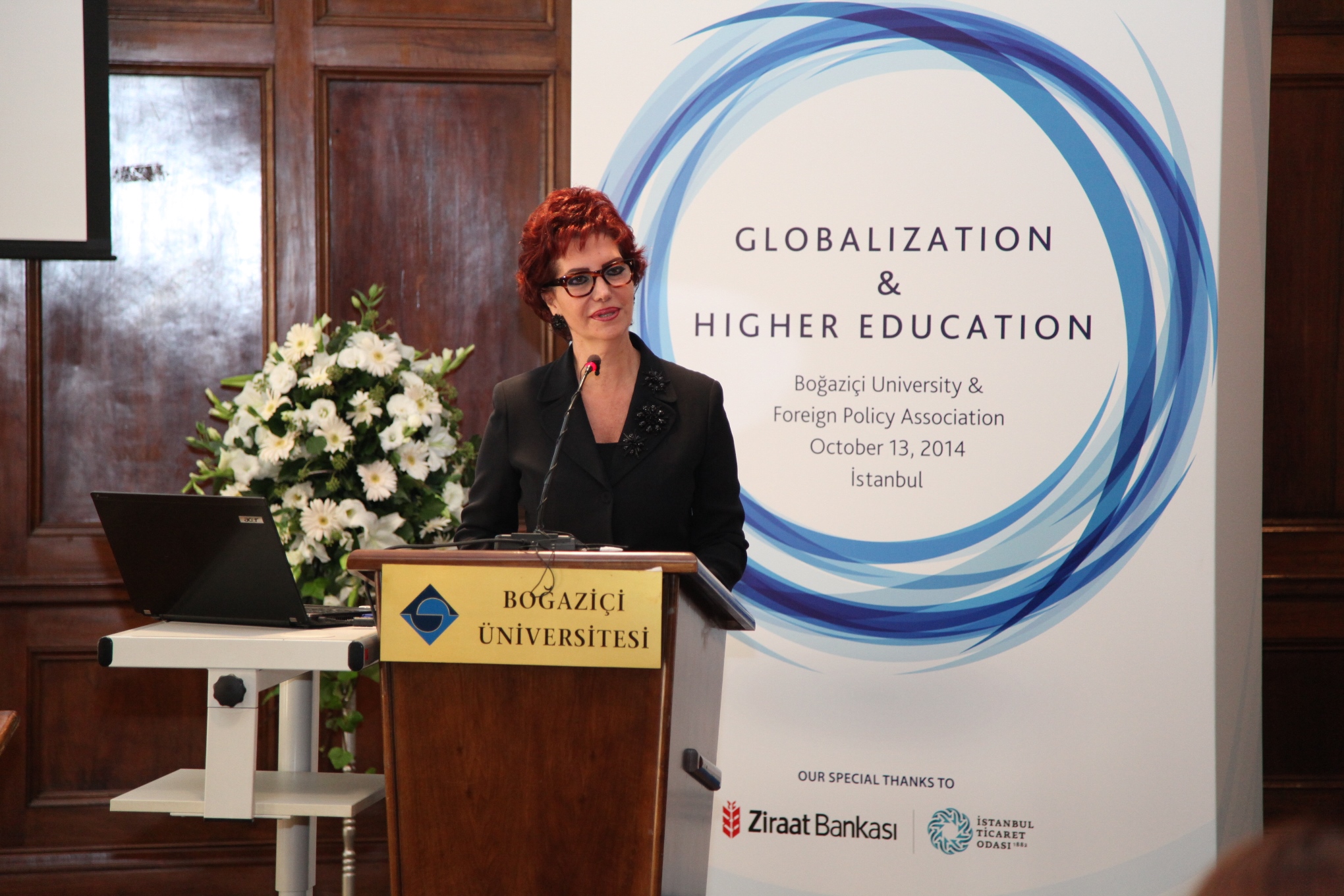 Boğaziçi University and the Foreign Policy Association hosted a conference on “Globalization and Higher Education” to discuss the new opportunities and threats faced by higher education as a result of globalization.

In the Globalization Era, Universities Must Adapt to Change

Boğaziçi University and the Foreign Policy Association hosted their first jointly-sponsored conference on “Globalization and Higher Education” to discuss the new opportunities and threats faced by higher education as a result of globalization.

New York University President John Sexton made the opening keynote speech at the “Globalization and Higher Education” conference, where experts such as NASDAQ Vice Chairman Meyer “Sandy” Frucher and Monterey Institute of International Studies President Sunder Ramaswamy also spoke about the impact of globalization on universities.

Important issues such as the future of traditional universities and whether the same level of education could be offered at foreign campuses were also addressed at the conference.

Boğaziçi University PresidentGülay Barbarosoğlu underlined that higher education is undergoing a change in character due to globalization and technology, saying, “The present world demands future leaders to be able to adapt to the competitive global environment and to be equipped with knowledge.It has become ever more important for universities to provide a global vision and approach to education so that young people can improve their leadership skills.  To ensure global peace and prosperity, universities need to better analyze the obstacles and opportunities in front of them and come up with action plans.Higher education is becoming increasingly global and so its content is rapidly changing.There is more inter-organizational integration, and joint academic projects are increasing in number.It is now much easier for the public to access the knowledge created at institutions of higher education.Meanwhile, universities are also faced with challenges due to technological advances.As institutions of higher education, we all need to adapt to this change.”

Noel Lateef:Universities Must Renew Their Vision

Conference co-host and President of the Foreign Policy Association Noel Lateef said that in a world where competition is on the rise and borders are disappearing, humanity has questions and problems different than those in the past.Stating that universities, as institutions where knowledge is created, can no longer address matters related to the future with perspectives from the past, he emphasized that all universities needed to establish a new vision.

New York University President John Sexton talked about the path New York University was following on its way to adapting to the globalizing world and noted that the university network they had established at cities they termed “idea capitals” enabled them to capture talented and intellectual students where they are.He added that New York University currently offered education at 15 different points on six continents.

NASDAQ Vice Chairperson Meyer “Sandy” Frucher stated that students’ skills played an important role in advancing the private sector, and underlined it was very important for universities to rapidly adapt to the globalizing world.