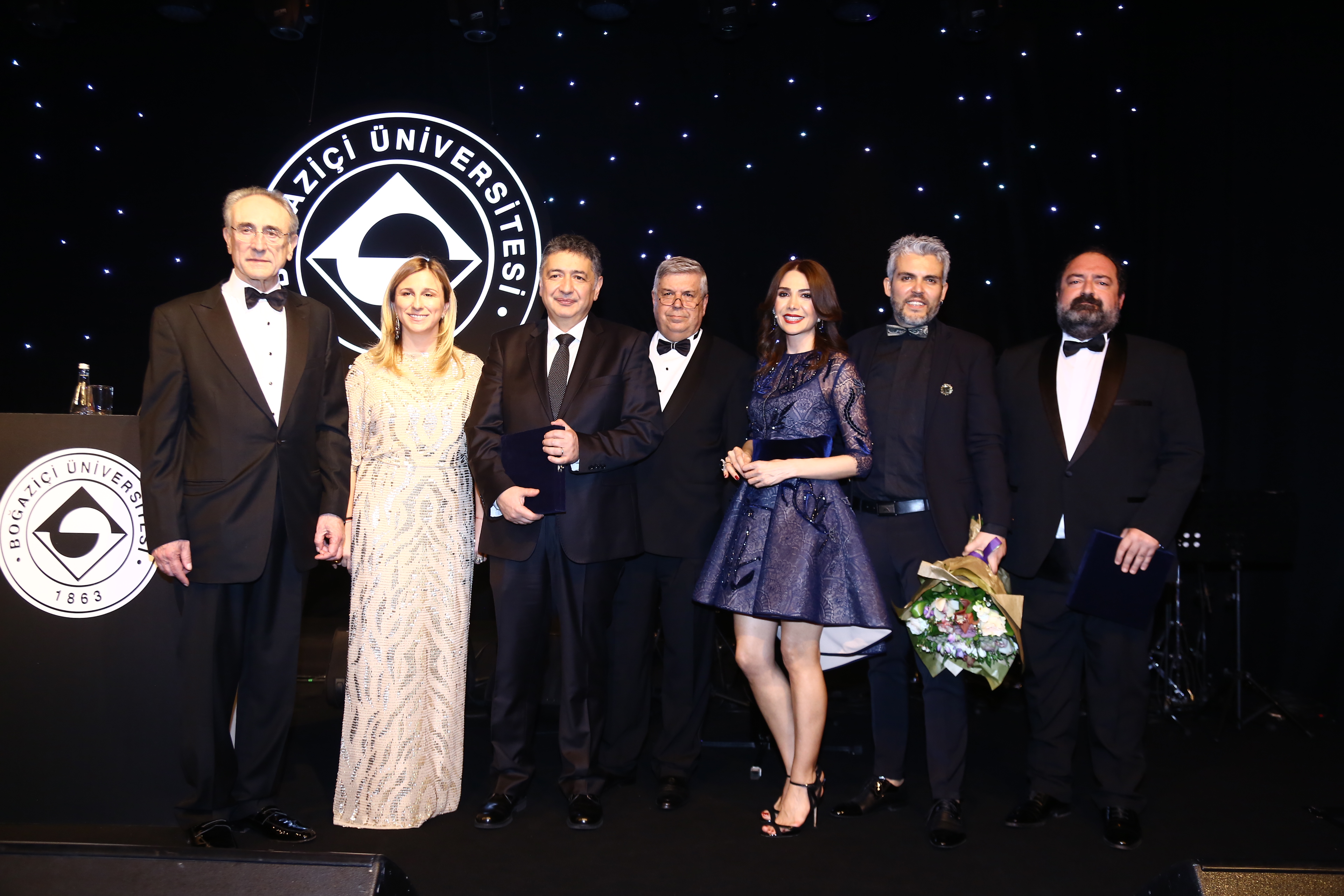 Alumni and friends of Boğaziçi from the business world, art and social circles came together at a ball organized to support Boğaziçi University and pledged 2,299,000 TL to the Boğaziçi University Foundation. The donations will be used for payment of scholarships for students and incentives for researchers.

The ball “United for Boğaziçi on the 40th Anniversary of the Boğaziçi University Foundation” was held at Çırağan Palace Kempinski as part of a series of organizations which began in 2013 for the purpose of bringing together alumni and friends of Boğaziçi to make BU even stronger and sustain its values.

The United for Boğaziçi Ball was hosted by Prof. Mehmed Özkan, President of Boğaziçi University.  The evening also provided an opportunity to celebrate the 40th anniversary of the establishment of Boğaziçi University Foundation.  Guests at the Ball pledged 2,299,000 TL, which will be transferred to the scholarship fund for students in need of financial support and incentive funds for BU academicians for pioneering research.  Dr. Erkut Yücaoğlu (RC ’69), former president of TUSIAD and Member of BUVAK Board of Trustees, was the guest of honor of the Ball. Jülide Ateş İskeçeli, also a graduate of Boğaziçi University, presented the festivities; Emir Ersoy and his orchestra accompanied the popular singer Keremcan on stage; and Turgay Artam led the auction.

In the speech he made at the Ball, Prof. Mehmed Özkan emphasized the university’s mission: “To educate individuals who are able to think critically, who uphold freedom and ethical values, who respect nature and are aware of environmental issues, who are rooted in the local and open to the global, and who have the self-confidence as well as the scholarly, social and cultural formation to fulfill their professional and social responsibilities; To assist and promote science, art and culture.” He added that protecting and strengthening Boğaziçi University, an institution that successfully fulfills this mission and represents an important value for our country, is important for everyone, but for the alumni and friends of Boğaziçi, it is a duty of priority. He ended his speech with a plea for donations and support.

The guest of Honor Dr. Erkut Yücaoğlu also spoke to the guests.  He referred to the importance of alumni support, and said, “Boğaziçi University is one of the two or three outstanding universities in Turkey – or maybe even the very best – because of the excellent academic qualifications of its faculty, and because BU integrates national and universal values. Boğaziçi is also the highest ranking Turkish University in global rankings.”