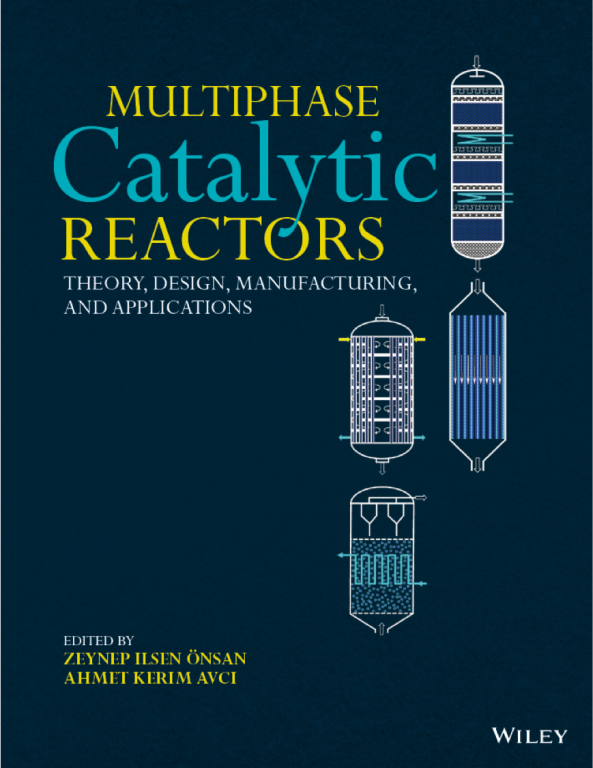 The book titled “Multiphase Catalytic Reactors: Theory, Design, Manufacturing and Applications” prepared for publication by Prof. Zeynep İlsen Önsan and Prof. Ahmet Kerim Avcı of Boğaziçi University’s Chemistry Department is a work of reference in its field.  The book was published by John Wiley & Sons, a leader in academic publishing.

Published in August 2016, the book addresses all aspects of multiphase catalytic reactors from their mathematical modeling and design to their applications in the industrial manufacturing of chemicals.

A chemical reactor, which transforms chemical input to desired products, is the sine qua non of a chemical process.  In this context, the contribution of heterogeneous catalysis is significant since all transactions related to the three important domains of the world economy — namely, petroleum refining, production of chemicals, and alleviation of environmental pollution — require the efficient use of solid catalysts.

The book covers a variety of topics ranging from the essential principles of macro kinetic analysis of two- or three-phase catalytic reactors to their industrial applications. Önsan and Avcı express the objective of the book as “to define and examine the academic dimension of the modeling and design of multiphase catalytic reactors, and to provide a detailed description of some of their current industrial applications.”

The book is composed of six chapters, as follows:

All articles included in this comprehensive book have been written by specialists in their topics.  The book is a perfect source for instructors, graduate students, researchers, and specialists in academic and industrial institutions.

For more information on the book:  http://eu.wiley.con-m/WileyCDA/WileyTitle/productCd-1118115767html

Zeynep İlsan Önsan received her undergraduate degree in Chemical Engineering from Robert College (Boğaziçi University today) in 1968, and her PhD and D.I.C (1972) in Heterogeneous Catalysis at Imperial College in London, England.   Prof. Önsan initiated scientific studies on heterogeneous catalysis at Boğaziçi University, and has led several major institutional development projects.  She has 40 years of experience in teaching and research in the fields of heterogeneous catalysis and chemical reaction engineering; she has also taught and worked in collaborative research projects in the field of bioreaction engineering for 25 years.

Zeynep İlsan Önsan is a professor at the Department of Chemical Engineering of Boğaziçi University.  She has written 85 scientific research articles, including 74 articles published in SCI journals; she has also co-authored a book chapter with Dr. Avcı on reactor design for fuel processing.

Ahmet Kerim Avcı received his undergraduate, master’s and PhD degrees in Chemical Engineering at Boğaziçi University in 1996, 1997, and 2003, respectively.  He worked as R&D Manager at Procter & Gamble in Brussels, Belgium, and in 2005 he returned to Turkey and joined Boğaziçi University Chemical Engineering Department where he is currently a professor. Avcı has led several research projects funded by state and industrial institutions; he has over 25 scientific research articles published in peer reviewed SCI journals.