The Marmara Region Needs to be Prepared for an Earthquake (August 17, 2016) 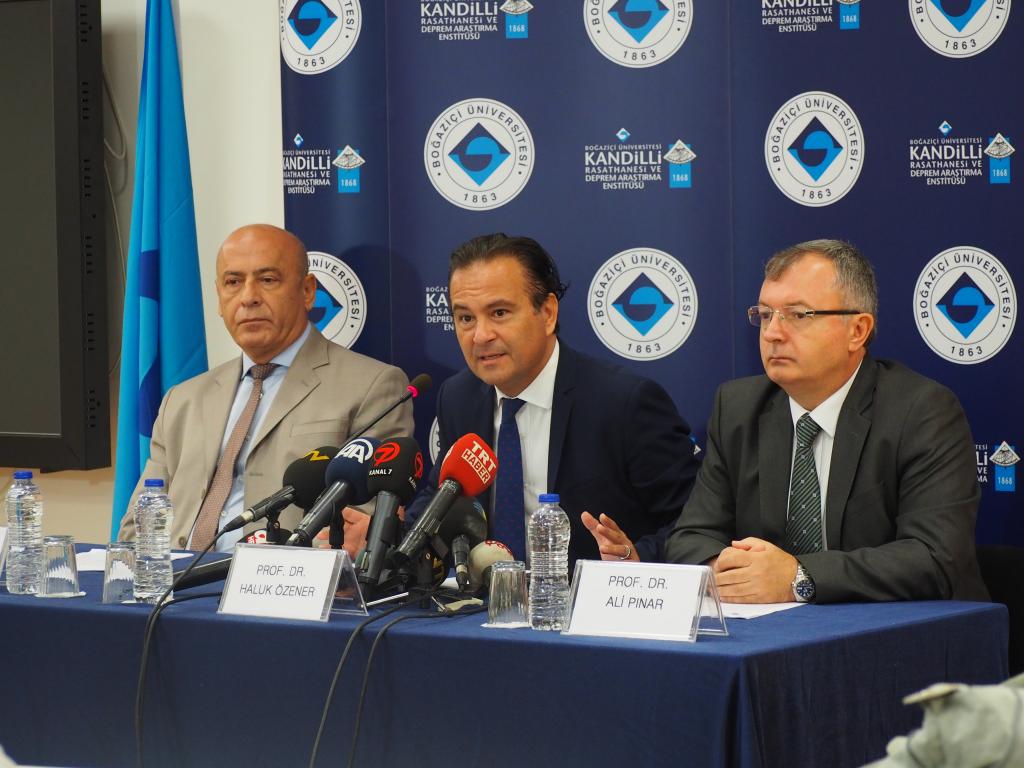 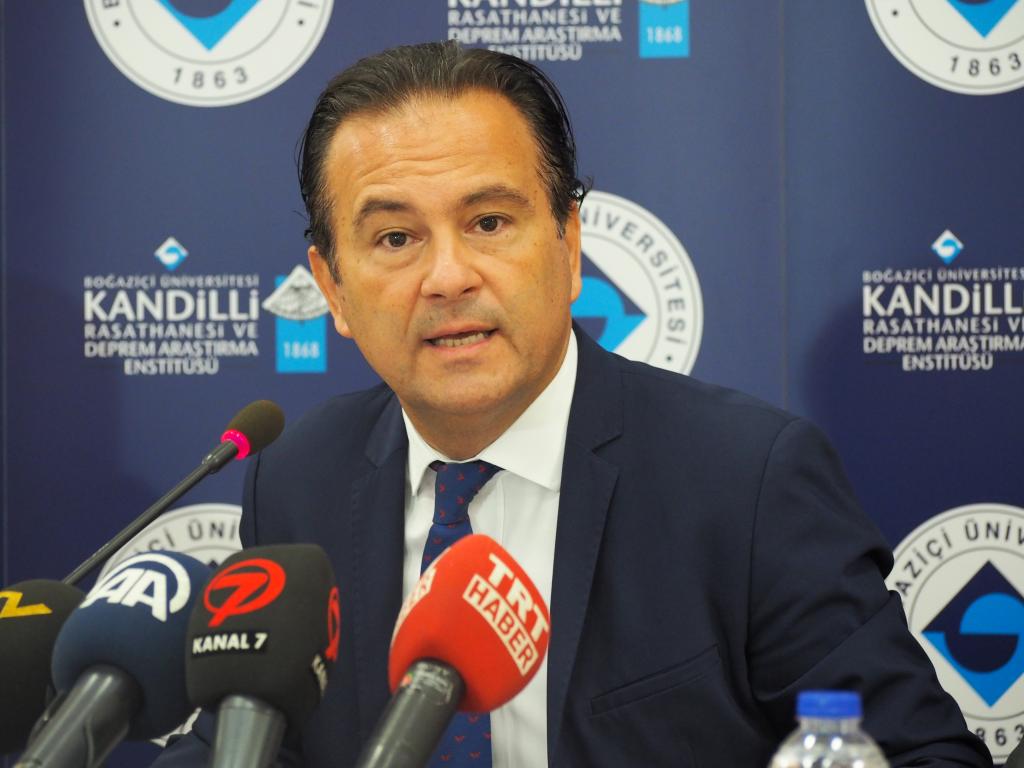 Prof. Haluk Özener, Director of Boğaziçi University’s Kandilli Observatory and Earthquake Research Institute, stated that earthquakes were common for Turkey, emphasizing the importance of being prepared for them.  Özener said, “We expect a major earthquake in the Marmara region, and we know that it is getting closer.  Unfortunately, we do not know exactly when it will hit.”

Prof. Özener organized the press conference on the 17th anniversary of the devastating Marmara earthquake of August 17, 1999, to assess recent research on earthquakes and public awareness on the subject. He underlined the considerable amount of scientific data accumulated in the last 17 years and the rising public awareness concerning earthquakes. He informed the press that during the past 17 years, funds allocated to research had increased markedly, various state-of-the-art technological procedures had been applied, and significant progress had been achieved in international projects and cooperation.

Prof. Özener noted that bridges, viaducts, and important buildings such as schools, hospitals, and historical buildings had been reinforced, and urban transformation projects as well as new earthquake regulations had led to the construction of buildings that could withstand a major earthquake.  “However,” he added, “all these do not mean that we are totally prepared against earthquakes. The important thing is that society, decision makers, scientists and individual citizens all diligently fulfill their share of the tasks.”

Prof. Özener pointed out that there were several ongoing research projects investigating various aspects of the expected earthquake, its magnitude and the fault line it would involve, and added that the results of these investigations sometimes differed from each other.  “At the moment, more than 20 international research projects are being carried out at Kandilli,” said Prof. Özener. “These studies use different techniques and data sets; therefore, it is only natural that sometimes their results differ from each other with regard to the features of the Marmara earthquake. However, all of these studies have reached one common conclusion: there will be a strong earthquake in the Marmara region.  We believe it is important to confine academic discussions and evaluations on this subject to scientific publications and meetings so as to prevent unnecessary anxiety in the public. Nevertheless, as I have pointed out, a devastating earthquake that will impact Istanbul and nearby cities is inevitable.”

Prof. Özener then summarized the work being carried out at the Kandilli Observatory and Earthquake Research Institute: “There are 200 earthquake stations in Turkey, collecting data 24/7; 70 of them have been placed in the Marmara region by our institute. We also generate information on earthquakes that take place anywhere in the world, using the instant data we receive from over 3000 seismic stations linked to the international data centers we are a member of, and the data obtained from institutions in neighboring countries through bilateral agreements. In addition, more than 120 emergency response stations set up in Istanbul continuously record ground movements; they have the capacity to map the magnitude of every tremor and the rate of damage to the buildings within minutes of an earthquake.  A structural health monitoring system that is set up in many historical buildings, high-rise buildings and infrastructure systems monitors structural vibrations continuously and determines the effect of the quake on the buildings.”

In addition, the institute has been employing GNSS measurement techniques since 2015 to detect potential earthquake risks and to predict the location of a probable earthquake.  Prof. Özener said that with this system they were able to detect the accumulation of energy on active fault lines, which enabled them to detect an earthquake risk. Stating that they followed local movements with the help of networks formed by GNSS receivers, Prof. Özener said, “It is possible to calculate the magnitude and location of a potential earthquake by determining the magnitude and direction of the movements on the Earth’s crust, and their changes over time.”

We will determine the basic parameters that create an earthquake risk

Pointing out that their aim is to determine basic parameters like energy accumulation that indicate earthquake risk, Prof. Özener said, “As we mentioned last year, we have incorporated different methods of measurement into our systems, using the most recent technologies. The deep well strain gage systems we set up around Istanbul, the creep meter stations we installed on fault lines, and the geodesic instruments like seismic electromagnetic sensors and extensometers we placed on the floor of Marmara Sea, all enable us to track the seismic and conductivity structure of the ground and the movements on the fault line. In addition, with the Earthquake Early Warning System operated by the Kandilli Observatory and Earthquake Research Institute, we can spot the location and magnitude of an earthquake within seconds. Communications between early warning stations and data centers are provided by fiber optic cables and all links are backed up by satellite infrastructure. The data reaching the center is continuously assessed by computer software, and an early warning signal is sent out if necessary. We are able to send early warning signals 2-16 seconds before the quake, depending on the epicenter of the earthquake and the location where the signal will be transmitted.  The acceptable length of time is about 7-8 seconds.  That may sound very short, but some automatic measures that do not require human input (e.g. cutting off the natural gas flow, or shutting down tunnels and bridges) can be taken by computers. Our early warning signals are transmitted to İGDAŞ and MARMARAY.”

Prof. Özener added, “We also generate Tsunami Early Warning messages for the North-East Atlantic, the Mediterranean and connected seas through Regional Earthquake-Tsunami Monitoring-Assessment Center within our Institute.  In this context we are about to become accredited as a Tsunami Early Warning Center within the UNESCO Intergovernmental Oceanographic Commission.”