Research on Climate by Specialists: “Frost Events in Turkey” (September 1, 2016) 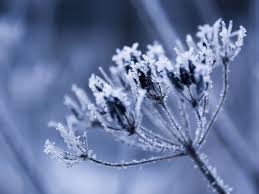 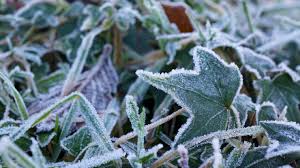 The July 2016 issue of the journal Climate Research published a joint study by Prof. Murat Türkeş, member of Board of Directors of Boğaziçi University’s Center for Climate Change and Policy Studies and Prof. Ecmel Arat of Ege University, Department of Geography, Physical Geography Division. The study is titled “Dates of Frost Onset, Frost End and the Frost-Free Season in Turkey: Trends, Variability and Links to the North Atlantic and Arctic Oscillations Indices, 1950-2013”.

The study also included influences of the North Atlantic Oscillation (NAO) and the Arctic Oscillation (AO) teleconnection patterns on the variability of these climatic observations. The researchers detected “a trend towards later FFF and earlier LSF, and a resulting lengthened FFP, with some regional differences, particularly in the Black Sea Region”.

Türkeş and Arat explained, “The linear trend analysis of nationally averaged time series showed that the LSF occurred earlier by −0.64 d per decade, while the FFP occurred later with an increase rate of +0.71 d per decade over the study period. Correlation analysis revealed that year-to-year variations in occurrence dates of FFF, and LSF events and lengths of FFP could be explained by large-scale atmospheric circulation or oscillation patterns such as NAO/AO.”

The study detected negative relationships between the variability of dates of FFF events over Turkey and autumn indices of the NAO and AO indices.  The researchers found correlation coefficients to be statistically significant at the 1% level for the majority of stations. At most of the stations in Turkey, positive relationships were observed between the dates of the LSF events and the NAO and AO spring indices. Moreover, the lengths of FFP tended to increase during negative NAO/AO index phases, but tended to decrease during positive phases.

The complete version of the article can be downloaded at http://climatechange.boun.edu.tr/?p=1348