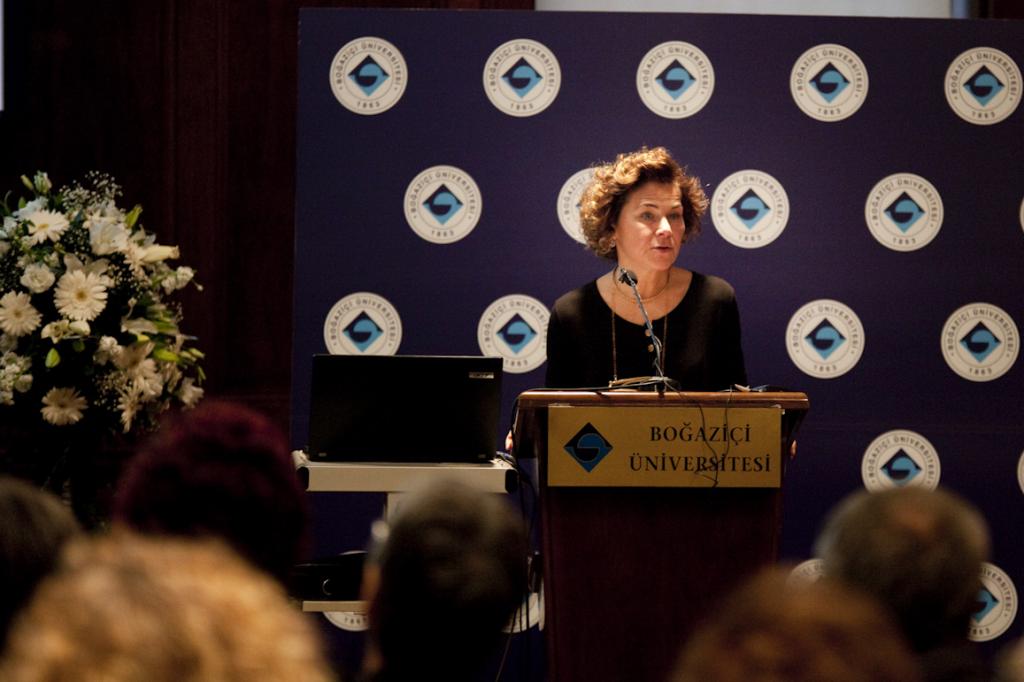 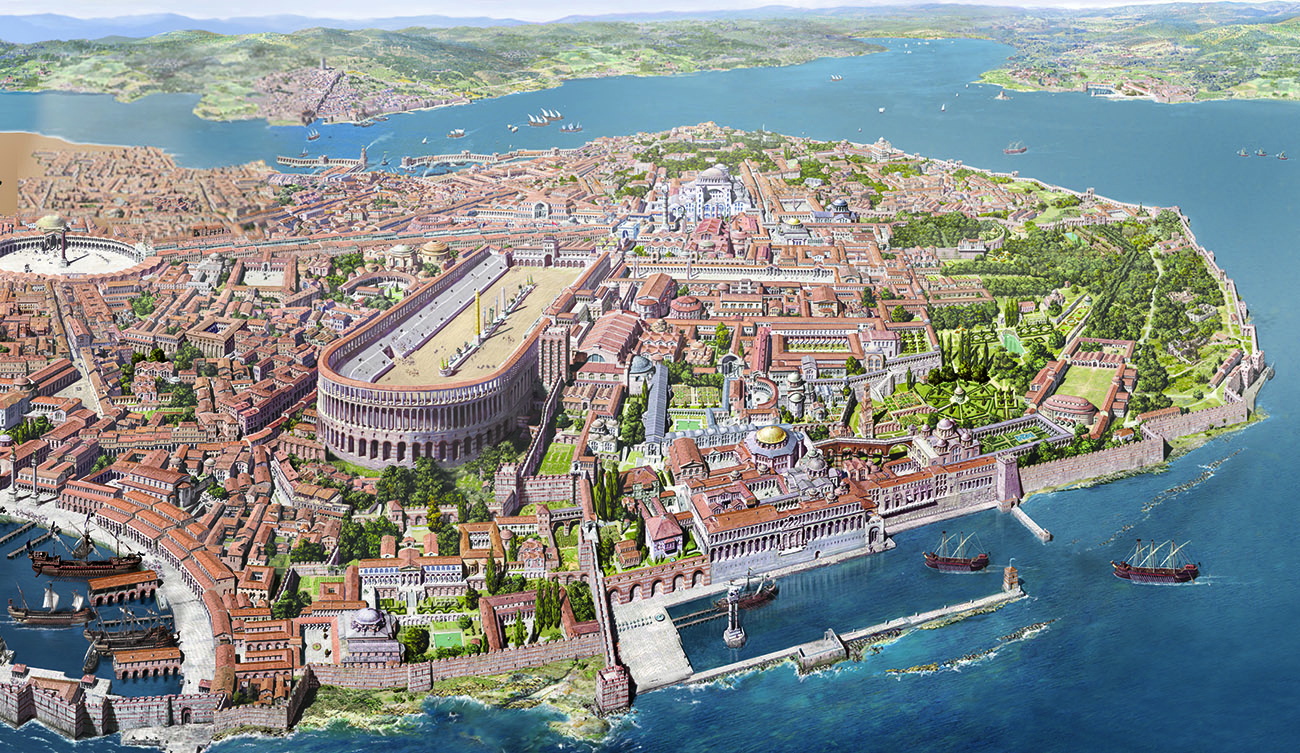 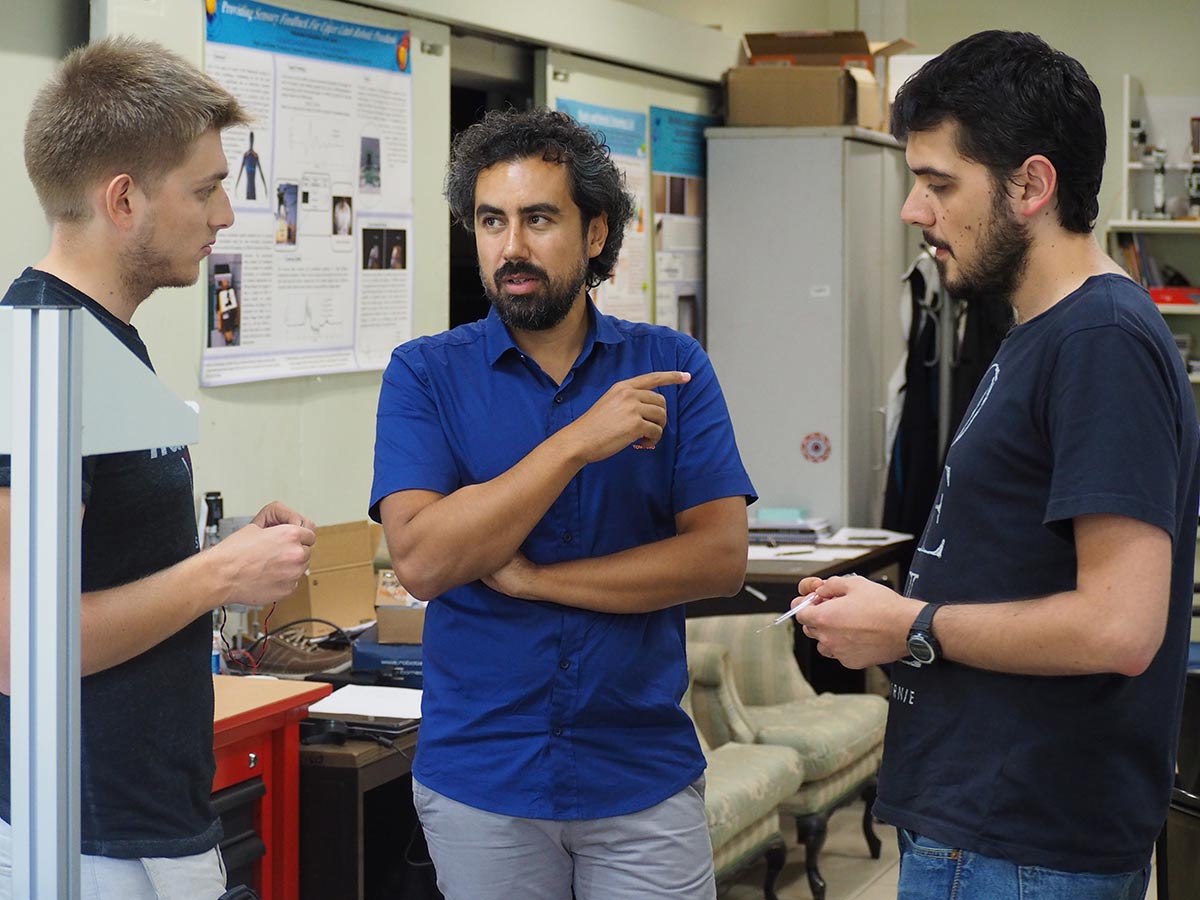 Boğaziçi University’s Byzantine Studies and Research Center became operational on November 24, 2015.  The Center aims to become one of the leading academic centers in the field of Byzantine history and research in Turkey and across the world.  Studies to be conducted at the Center on Byzantine history, culture, arts and archeology will also shed light on the history and culture of Medieval Istanbul, Anatolia and the Balkans as well as the Ottomans.

The Byzantine Studies Research Center, the first institution established at a public university to conduct studies on Byzantine civilization, was launched with a ceremony held at Boğaziçi University on 24 November.

Patriarch Bartholomew I and Charles (Chuck) F. Hunter, US Consul General to Istanbul, were among the guests at the inaugural ceremony.  Dimiter Angelov, a world-renowned Byzantine historian and Professor of Byzantine History at Harvard University, gave a lecture titled “The Holy Land, My Mother Anatolia:  Theodore Laskaris and the Mediterranean World in the 13th Century”. He was followed Maria Mavrodi, History Professor at the University of California Berkeley, who spoke about “Byzantine Philosophy and Science at the Court of Mehmet the Conqueror.”

The ceremony was hosted by President Gülay Barbarosoğlu. In her opening speech, Barbarosoğlu underlined the fact that until 2015, Istanbul, a city that has been renowned as a “world city” since the Byzantine era, did not have a research center focusing on the historical and cultural heritage of Byzantine. She said, “Closing that gap has always provided motivation for our efforts to establish this Center.  The Center will be a point of attraction, creativity and research for Byzantine studies, in Turkey and abroad.  Actually, in one sense, the foundation of the Center dates back to 1999, when Boğaziçi University hosted the international conference “Byzantine Constantinople:  Monuments, Topography and Everyday Life”, the first large scale Byzantine studies conference held in Turkey since 1955.  The Center will be instrumental in increasing the studies in this field.”

Professor Nevra Necipoğlu, Director of Center, stated in her speech that the Byzantine Empire should be perceived as the global civilization of the pre-modern world in the real sense.  She said,  “The political, legal, religious, cultural, artistic and architectural richness of the Empire that ruled over a wide geography for eleven centuries and expanded its influence beyond its borders,  did not end in 1453; it has continued to this day.  Although Turkey inherited a lot from Byzantine civilization in the geographical, historical and cultural sense, academic studies on the topic have been neglected for a long time in Turkey, owing to a prejudicial attitude that rejected Byzantine cultural heritage.”

Stating that there had been a need for a  Center of this kind for many years, Prof. Necipoğlu said, “Following Boğaziçi University’s ceaseless and determined efforts in this area, the turning point came with the international “Byzantine Constantinople: Monuments, Topography and Everyday Life” conference held at our university in 1999, which opened the way for advancements in this field.   The Center that we are launching today, after 25 years of work, will be the meeting point for specialists and scholars of Byzantine civilization, graduate students conducting research in this field, and post-doctoral academicians from Turkey and abroad.  Its doors will always be open to young researchers and academic exchange programs will be organized.  Moreover, through research conducted jointly with scholars working on Byzantine as well as Medieval Islam, Seljuk, and early Ottoman history and art, the Center will contribute to the development of new multidimensional perspectives on Byzantine studies, giving it an edge over similar centers in the world.  Our objective is to help place Istanbul among the leading cities in Byzantine studies.

Prof. Necipoğlu added that among the objectives of the Center was the expansion of the B.U.-Columbia University joint Summer School on Byzantine and Ottoman Istanbul. She also informed the audience of a national conference to be held by the Center on 18-19 March 2016:  “Byzantine studies in Turkey:  New Research, Different Trends”.  The Center will support courses on Byzantine history, culture, arts and architectural history currently offered by BU;  develop joint research projects with universities in Turkey and abroad; support the expansion of Latin, Ancient and Medieval Greek courses offered by the University as the foundation for Byzantine scholarship; organize seminars on paleography, numismatics, sigillography, and codicology.  In this context, the Center will collaborate with the Ministry of Culture, the Turkish Historical Society, and the History Foundation, as well as with non-governmental organizations and other institutions.