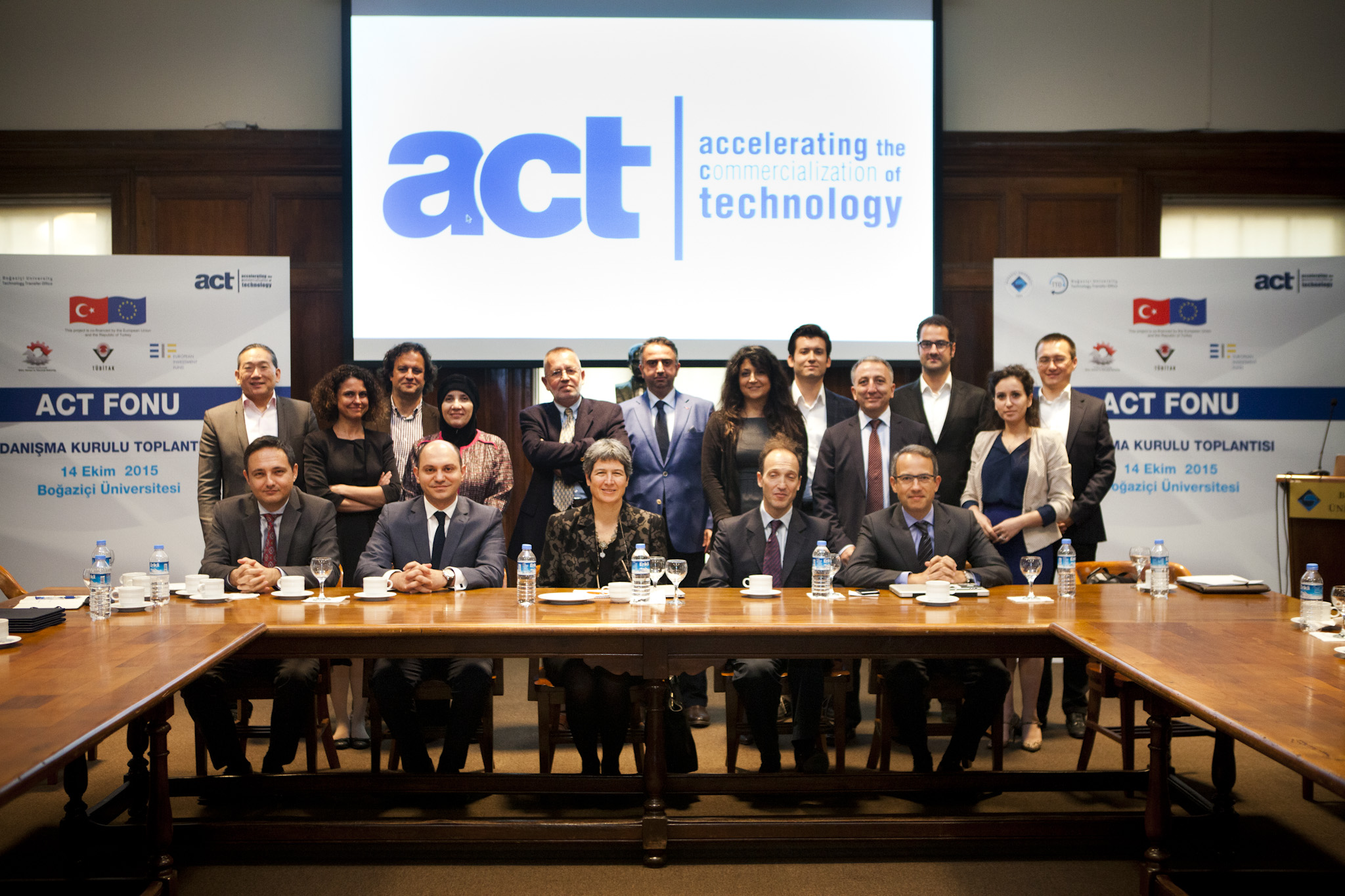 The ACT (Accelerating the Commercialization of Technology) Fund was established to market and support new technologies developed in Turkey. The projects that will be supported by ACT will be determined by an assembly of 34 universities under the leadership of Boğaziçi University.  ACT will invest €100,000 to €2.5 million in 20 to 25 technology initiatives during the period 2015-2018.

The European Investment Fund has initiated the “Accelerating the Commercialization of Technology” (ACT) Fund to support technologies developed by research centers, universities and technology ventures in Turkey.  Boğaziçi University President Gülay Barbarosoğlu stated that the projects to be supported by ACT would be determined by an assembly of 34 universities led by Boğaziçi University.

During a meeting held at Boğaziçi University where the fund was announced to the public, Jacques Darcy, Head of Technology Transfer and Intellectual Property at the European Investment Fund pointed to the fact that technology transfer and commercialization of ideas have become an easier process, and that should a researcher at a university located in Eastern Turkey have an authentic idea, he/she could contact any of the leading universities around the world. Darcy also expressed their pleasure to be investing in Turkey within the framework of ACT Fund.

President Barbarosoğlu Further Explained How the ACT Fund Would Work

“Established in July 2015 with a budget of 25 million Euros, ACT’s aim is to commercialize new technologies developed by universities, research centers and technology ventures by investing in close to 35 projects between 2015 and 2018.  As well as leading ACT’s University Committee, Boğaziçi University will also act as advisor to the members of the 34 universities who will submit their projects to the committee during the idea formation phase, providing support in benefiting from incubation centers and offering business incubation training.  According to Barbarosoğlu, ACT aims to mobilize the technology transfer market by supporting the projects that have a fast growth potential at an early phase.  These technology projects will contribute to economic growth via increasing high value added production and exports in the country. Additionally, competitive technologies, products and services from Turkey will also be offered to global markets. Thus, ACT will be the technology commercialization mechanism that has been needed in Turkey in recent years. ACT funds are available to all scientific and technological fields but priority is given to   technologies with high value added potential, such as information and communications technology, the “Internet of Things”, wearable technologies, advanced materials, renewable energy, life sciences, bio-technology, bio-medical, autonomous systems, and robotics and mechatronics.

ACT is expected to contribute to the entrepreneurial ecosystem in Turkey and increase its high-tech exports.  ACT’s main purpose is to form a mechanism that will enable the transfer of new technology ventures to large-scale global investment funds and companies.  In order to achieve this, ventures with high commercialization potential will be identified and evaluated at their early developmental stages and necessary funds will be allocated to raise them to a global level.  Thus, technology projects created with the support of major R&D organizations such as TUBITAK (Scientific and Technological Research Council of Turkey), as well as the Ministry of Development, KOSGEB (Small and Medium Enterprises Development Organization) and EU Framework Programs will be transformed into business models, products and services via the ACT Fund.  Approaches most appropriate for Small and Medium Enterprises (KOBI) will be implemented and included in the technology ecosystem.

ACT takes into account the following criteria when evaluating initiatives and patents:

* The technology must be new on a global scale, and not the repetition of a previously existing one

* Intellectual property rights must be protectable

ACT has evaluated 70 initiatives and patents since June 2015 and decided to initially invest in 4 projects. At least one third of the funds will be allocated to areas east of Ankara. Kayseri, Gaziantep, Trabzon, and Elazığ are the cities that are being considered for investments. The initiatives will be able to use the investments made by the ACT Fund mainly in the areas of establishing professional teams, product development, access to global markets, and administrative and financial management.