A Call for Peace from Boğaziçi University (October 13, 2015) 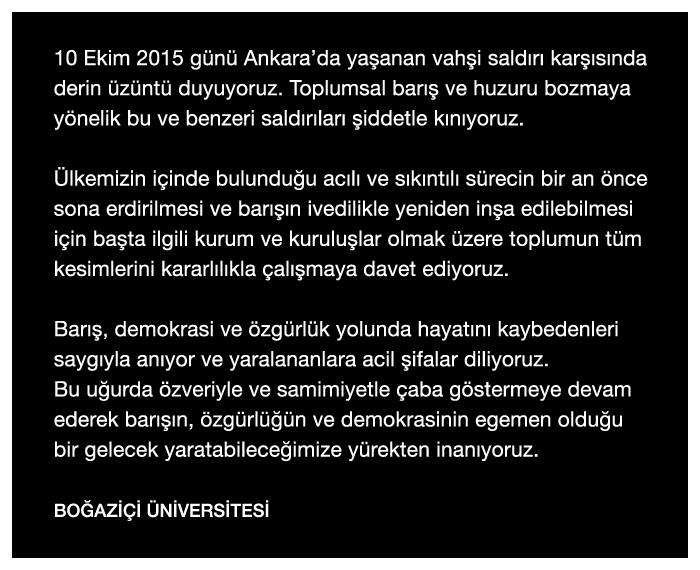 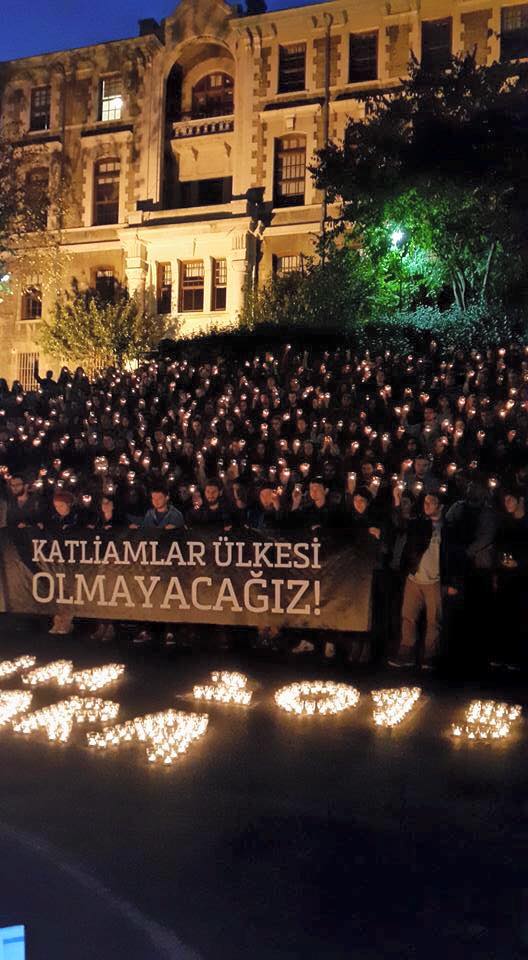 Boğaziçi University released a statement following the tragic events that took place in Ankara on October 10, 2015, calling for the urgent restoration of peace.  Addressing the Turkish public, the statement expressed the deep sorrow caused by the horrendous attack and called on all segments of the society to work together to restore peace.

The text of the statement is as follows:

“We are deeply grieved by the horrific attack that took place in Ankara on October 10, 2015.  We vehemently condemn this and all other attacks aimed at disturbing societal peace.  We call upon all relevant institutions and establishments, and all segments of society to join in a determined effort to end this painful and grueling process and urgently restore peace.

We commemorate those who lost their lives for peace, democracy and freedom, and wish a speedy recovery to the injured.  We sincerely believe that by continuing our dedicated, selfless endeavors, we can build a future where democracy, freedom and peace prevail.”

Following the attacks in Ankara, Boğaziçi University’s Inter-club Council (KAK) organized a march with the slogan “You light a candle, too” (Bir mum da sen yak) on October 14.  Students and faculty met in front of the Pyramid on the North Campus and marched to South Campus in complete silence.  The heads of the student clubs carried a banner saying, “We shall not be a country of massacres”. On South campus, candles were lit in commemoration of the victims; students later spelled the words “10 EKİM 2015 ANKARA” with the candles.