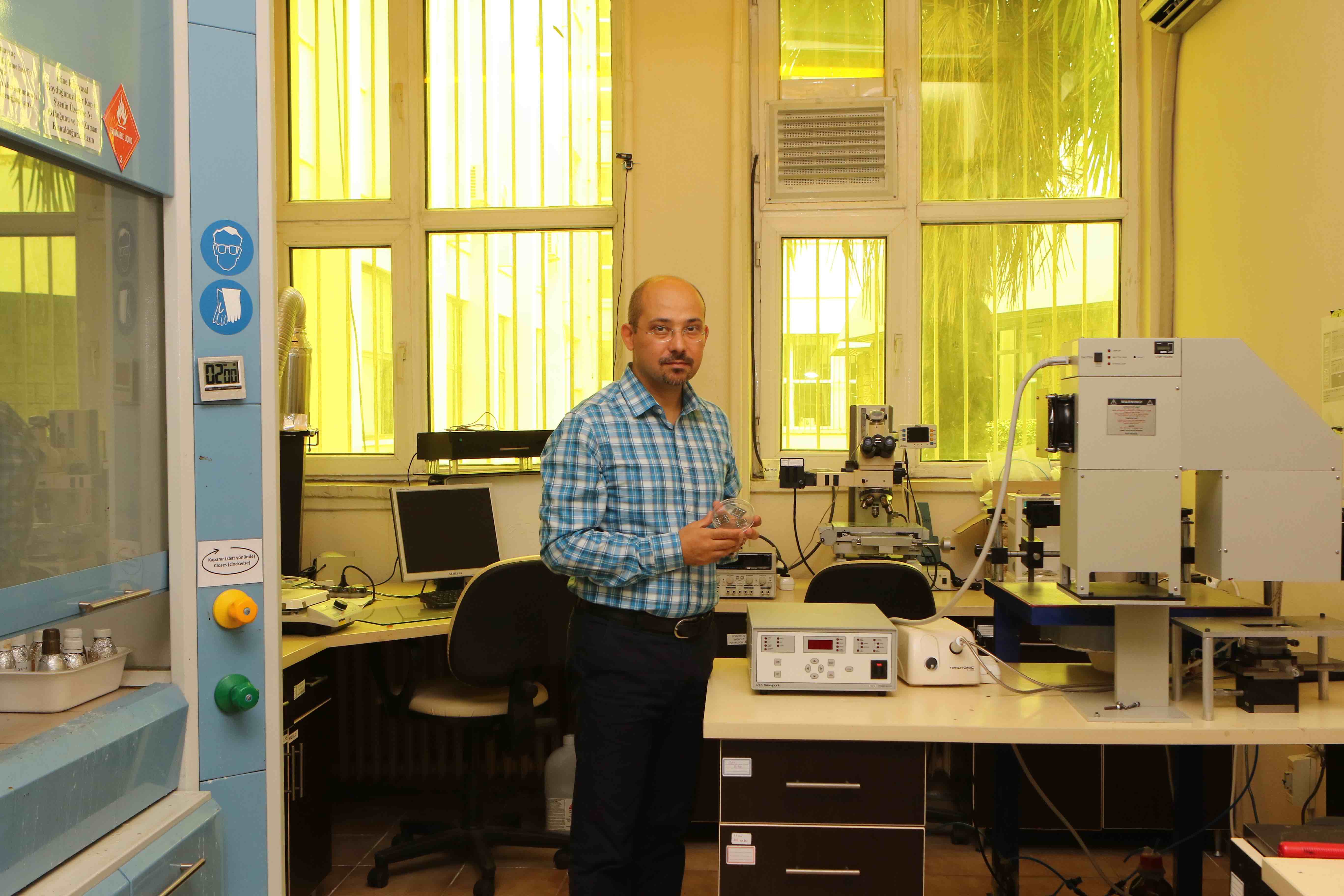 Organic Electronics has been attracting increasing interest in recent years. The Microfluidic Integrated Electronic Circuit project, developed by Associate Professor Şenol Mutlu of the Department of Electrical and Electronics Engineering and his team at Boğaziçi University, will be applicable in the area of biological and chemical sensors compatible with lab-on-chips. The device, produced by Mutlu and his team within the framework of the Microfluidic Integrated Electronic Circuit project, uses water as its transistor material.

The team has developed an alternative method to produce electronic circuits, which normally requires major infrastructure investments.  Conventionally, the films are obtained using expensive equipment and difficult procedures; Mutlu’s project utilizes water. Mutlu stated that the new discovery makes it possible to produce sensors sensitive to the molecules in the gas and liquids in the environment. This achievement has provided solid proof, he said, that “technology can be created anywhere with the right material, right technique, and right knowledge.”

Mutlu has been working on various research projects at Boğaziçi University since 2005. He stated that the procedure he has developed will allow the production of disposable biological and chemical sensors, without the need for major investment costs. The new device, which uses water as part of its transistor, is the product of multidisciplinary research involving organic electronics and microfluidics - his area of specialization- and chemistry and semiconductor devices.  The project is currently at the research stage. The objective is to use chemical and biological sensors compatible with lab-on-chips once production begins.

Pointing to the increase in interest in the field of Organic Electronics, Mutlu stated that the number of multidisciplinary studies incorporating electronics and chemistry (as in his project) is also on the rise.

Who is Şenol Mutlu?