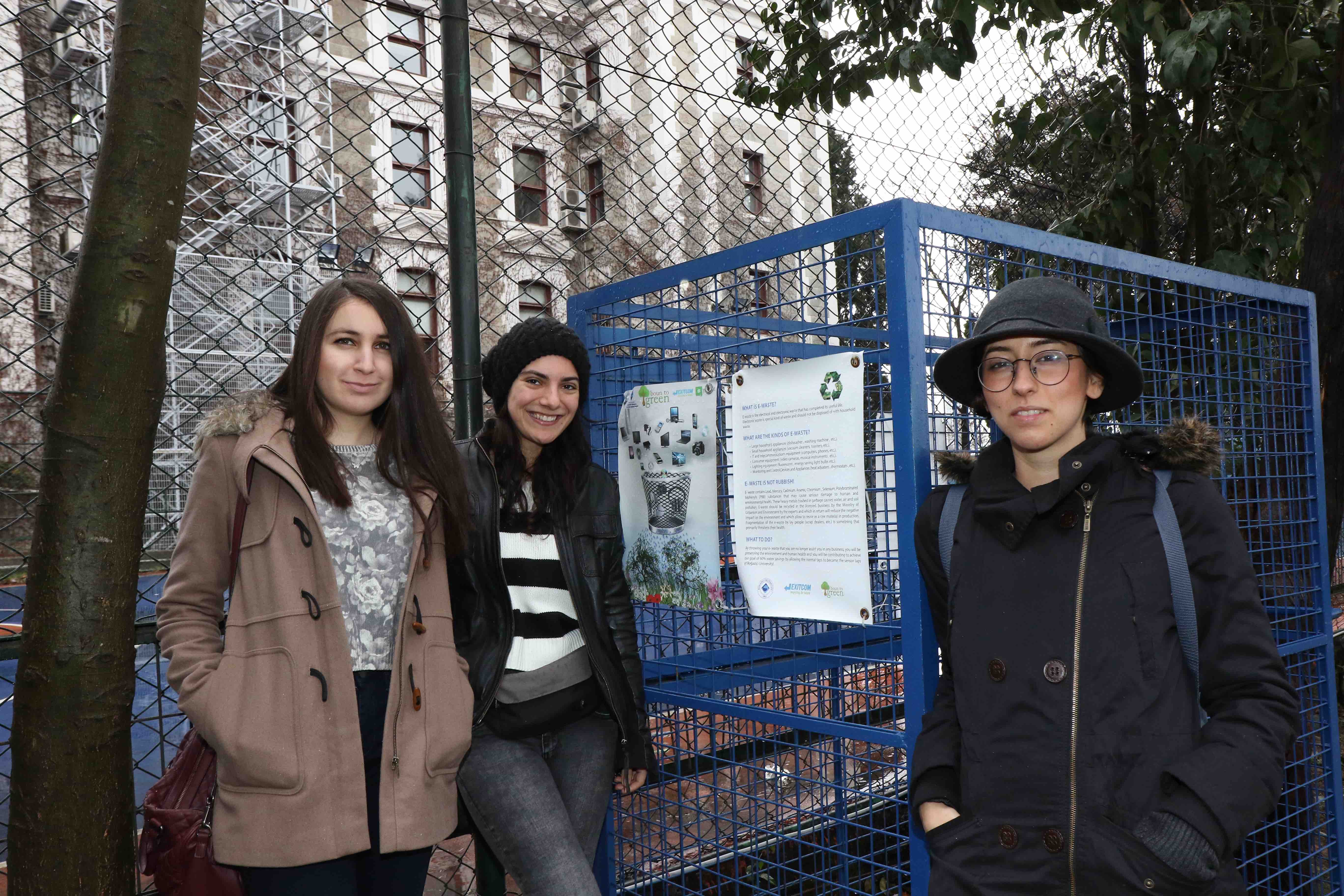 Boğaziçi University’s BOUNtoGREEN team was the winner of the inter-campus environment contest “Students Go Green” organized for the first time in Turkey by yesilist.com. In just three months, BOUNtoGREEN team members collected 1,650 kg of e-waste to be recycled.

Boğaziçi University’s BOUNtoGREEN team received their award from Charles F. Hunter, Consul General of the USA in Istanbul, on January 16th. The team will participate in a summer program on sustainability at the University of Chicago in the summer of 2015.

In the contest, BOUNtoGREEN focused on recycling of e-waste, the last stage to becoming a green campus.  With the cooperation of two sponsor companies, the team placed recycling bins around all the campuses of the University.

By promoting their e-waste project through the social media, the BOUNtoGREEN team reached a considerable number of individuals and institutions. A company that reached the team via social media placed 30 waste bins in the campus. A factory in the process of closing down provided the project with 560 kg of e-waste, having heard of the campaign via the social media.

Where are the E-Waste Bins and What Can Be Put Into Them?

As can be seen on the instructions on the e-waste bins, all kinds of electronic waste, from telephones to refrigerators, can be dumped. What is more, you can call the company collecting e-waste for help if the e-waste at hand is too big to handle.

At present, there are 30 indoor and 4 outdoor e-waste bins on Boğaziçi University’s campuses: behind the basketball court in the South campus, at the shuttle stop in the North campus, in front of the main building in the Hisar campus, and in the Kilyos Sarıtepe campus.

“E-Waste is Harmful for Humans as well as the Environment”

BOUNtoGREEN says that old, used electronic equipment is usually given to junk dealers, which is a very harmful practice both for environmental health and human health. “When such waste is broken down into pieces, harmful metals are released into the environment. We need to be aware of the damage such metals can cause. In the age of technology, people often upgrade their telephones or buy new computers; while there is constant consumption, nothing is done concerning recycling. The situation is not any different in the rest of the world either. More effort is spent on materials like paper, whose recycling is easy.  We hope to draw attention to e-waste in relation to human and environmental health with our project”.

Gizem Tığlı:  She has an undergraduate degree from Sabancı University’s Faculty of Political Science; she is currently studying towards a Master’s degree in Philosophy at Boğaziçi University.

Aslıhan Yolcu: She is a graduate of Kocaeli University’s Faculty of Civil Engineering; she is currently studying for a Master’s Degree at Boğaziçi University. Aslıhan has worked in various projects of the “Toplum Gönüllüleri Foundation”.  At present she is working on the “Sen Çok Yaşa” and “Yaşayan Kütüphane” projects of BounTOG.

Tuğçe Sakallıoğlu: She is a Master’s degree student at Boğaziçi University’s Institute of Environmental Sciences and Environmental Technologies.