The Team That Turned Their Passion for Frisbee into a Sport (March 25, 2015) 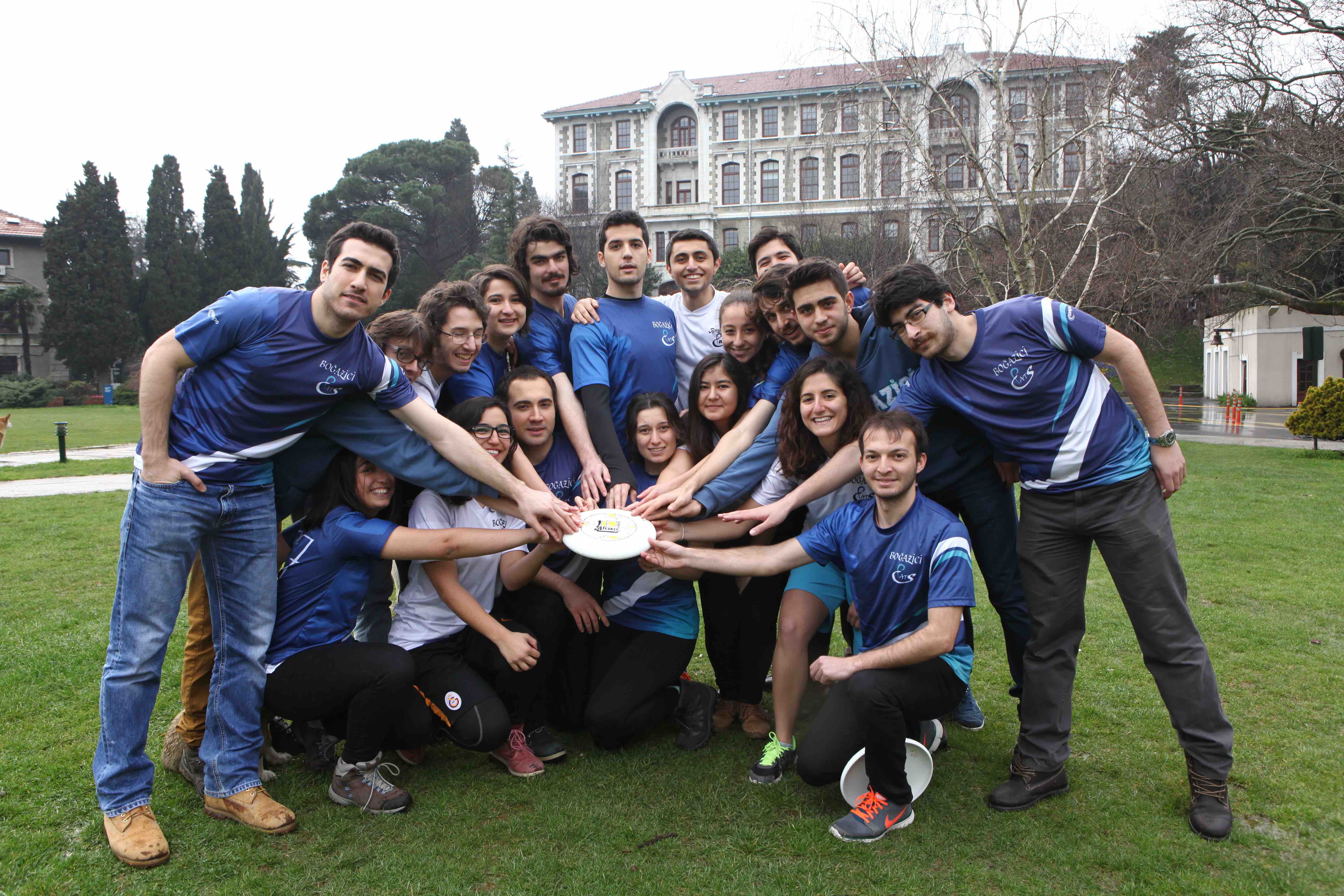 Did you know that frisbee, the game we often see played on campus on sunny days, is a professional sport?  Boğaziçi University’s Frisbee team, the Fat Cats, was formed in 2007 and has become a model for frisbee teams at other universities since then.  The Fats Cats have won two championships in tournaments organized by the Turkish University Sports Federation and a “Spirit of the Game” award.  Team members Pelin Gürel (Physics Education Department), Yusuf Mert Şentürk (Mechanical Engineering) and Elif Hayat (Western Languages and Literatures) talked about the sport and the Boğaziçi Fat Cats.

Boğaziçi University follows what is new and different in the field of sports too, just as it does in scientific research, and social and artistic activities.  The frisbee team is a great example of this approach.

In 2007, following the suggestion of an American friend of some Boğaziçi graduates, a frisbee team was formed at the University, and training began at the South Campus once the required number of players was enlisted.  The team was named the Fat Cats in recognition of the cats living on Boğaziçi University’s campus. Interest in the sport grew rapidly and the team played their first official game at the Bilkent Tournament in March 2009.  Subsequently, the team’s training sessions were moved to the Uçaksavar Stadium. Today, the team has 30 players.

The Boğaziçi Fat Cats have won three championships and a “Spirit of the Game” award in the tournaments organized annually by the Turkish University Sports Federation.  The Fat Cats participated in the Spring and Fall League games with two teams – Team A and Team B.  Players who first start on Team B move over to Team A in time.  The two-team system helps players gain experience in playing competitive games and develop their game performance.  New participants normally join the team at the beginning of the term but individuals applying later during the semester are often allowed to participate in the training sessions and subsequently become regular team members.  In the Spring League, the Boğaziçi Fat Cats played in the parks along the Bostancı shore on Sundays.  The team also played in the Federation Tournament held by Bilkent University this April.

The Rules of the Game

The game can be played by anyone but it requires a significant amount of physical effort.  It is played by two teams of 7 male and female players.  Points are scored by passing the frisbee to a teammate in the opposing end zone without touching the ground.  Players must not take steps while holding the disc.  A game is played until one of the teams reaches the “game total”, that is, the predetermined number of goals.  In the games in Turkey, the “game total” is 17; the team reaching the score of 17 wins the game. Games can also be based on duration.  One of the most important rules of the game is that the frisbee be out of the player’s hand in 10 seconds. An unlimited substitution of players is allowed. The game is usually played on a grass field, and the frisbee used in the game weighs 175 grams and is imported from the US.

Mutual Respect and the Spirit of Sportsmanship

The most interesting aspect of the game is the fact that there are no referees to enforce the rules.  In controversial situations players invoke the “Spirit of the Game” to maintain fair play. Thus the game relies on the sportsmanship of the players and mutual trust, and also increases mutual respect among players.  At the end of each tournament, players vote to confer a “Spirit of the Game” award to the deserving team, which is considered by many authorities as more important than a championship.  There is a game almost every weekend.  Boğaziçi Fat Cats players say that frisbee is their passion and it is difficult to quit this sport one you start.