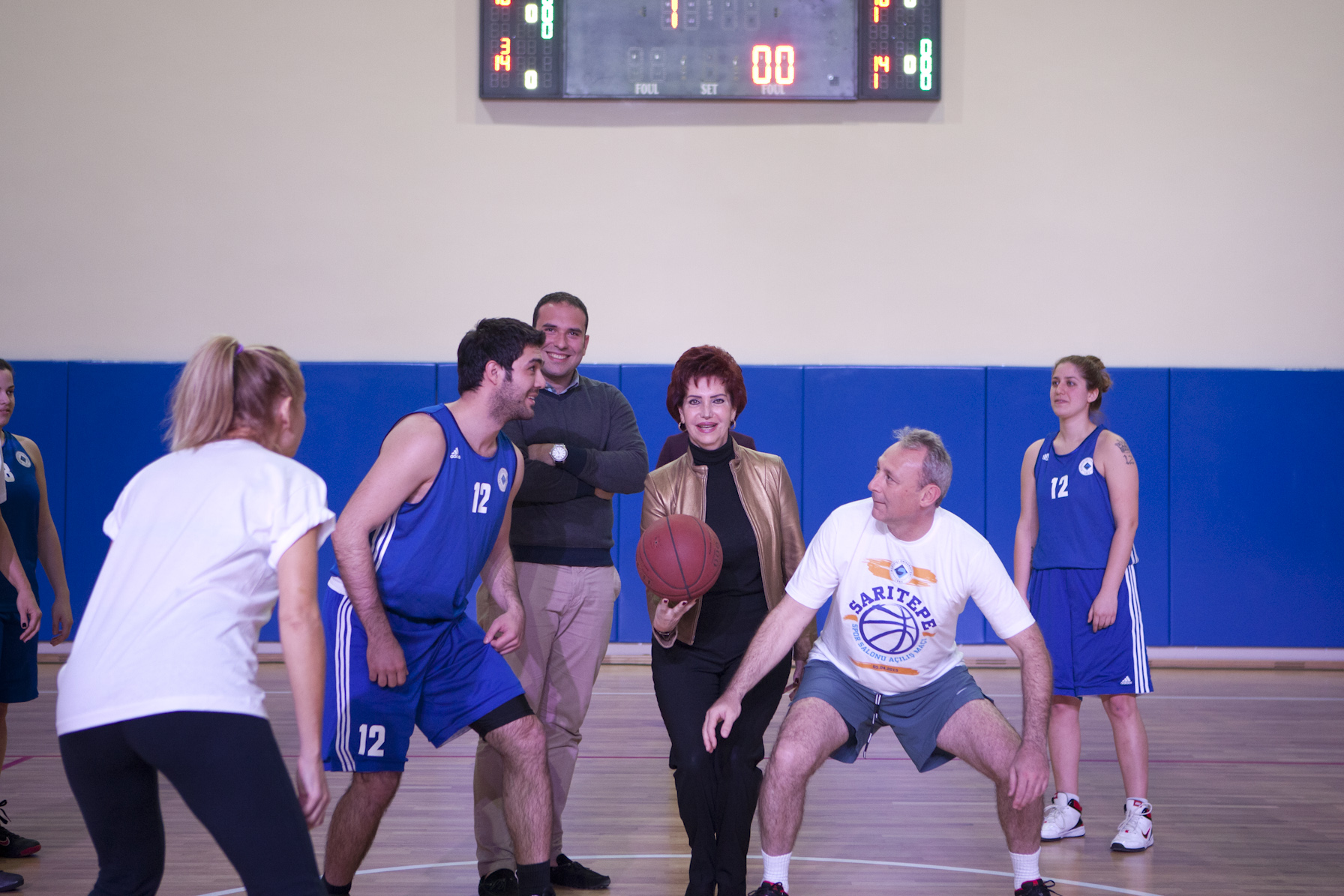 The basketball game between alumni and students played at the inauguration of the sports complex at Boğaziçi University’s Sarıtepe Campus ended in a draw.

In her inauguration speech, Boğaziçi President Professor Gülay Barbarosoğlu referred to the recent events involving the Fenerbahçe football team and said that she condemned all kinds of aggression and extended her good wishes to the Fenerbahçe community.

President Gülay Barbarosoğlu stated that they aimed to create a new university model embracing art and sports at the Sarıtepe Campus. “I believe that supporting students in their activities in the fields of sports, arts, and culture, and providing the necessary infrastructure for that is as much a duty of university administrations as educational activities. When we present the best possibilities to Boğaziçi University students in every field, I know they will benefit from them in the best possible way.” She added, “We are trying to do our best to ensure that our students and the academic-administrative personnel at our Kilyos Sarıtepe Campus have a campus life at the highest standards. To this end, we have made a new addition to our ongoing activities and built an Indoor Sports Hall.  Now our students at the Sarıtepe Campus have a well equipped sports facility where they can enjoy sports activities under the best conditions”.

The first game that was played between students and alumni at the Sarıtepe Sports Hall has been followed by various sports events and organizations, predominantly involving basketball and volleyball.  On April 12, the Sports Hall hosted the 4th leg of the Turkish Dance Sports Federation’s (TDSF) inter-clubs dance contest (LT&ST) and the 3rd leg of TDSF National Ranking contest, with the participation of the Boğaziçi University Dance Club Latin American dance group (BÜDANS-Latin).

The Kilyos Sarıtepe Campus Sports Hall, whose construction began in 2011, has a seating capacity of 500 and is capable of providing necessary services to students and Boğaziçi University members in different sports fields.