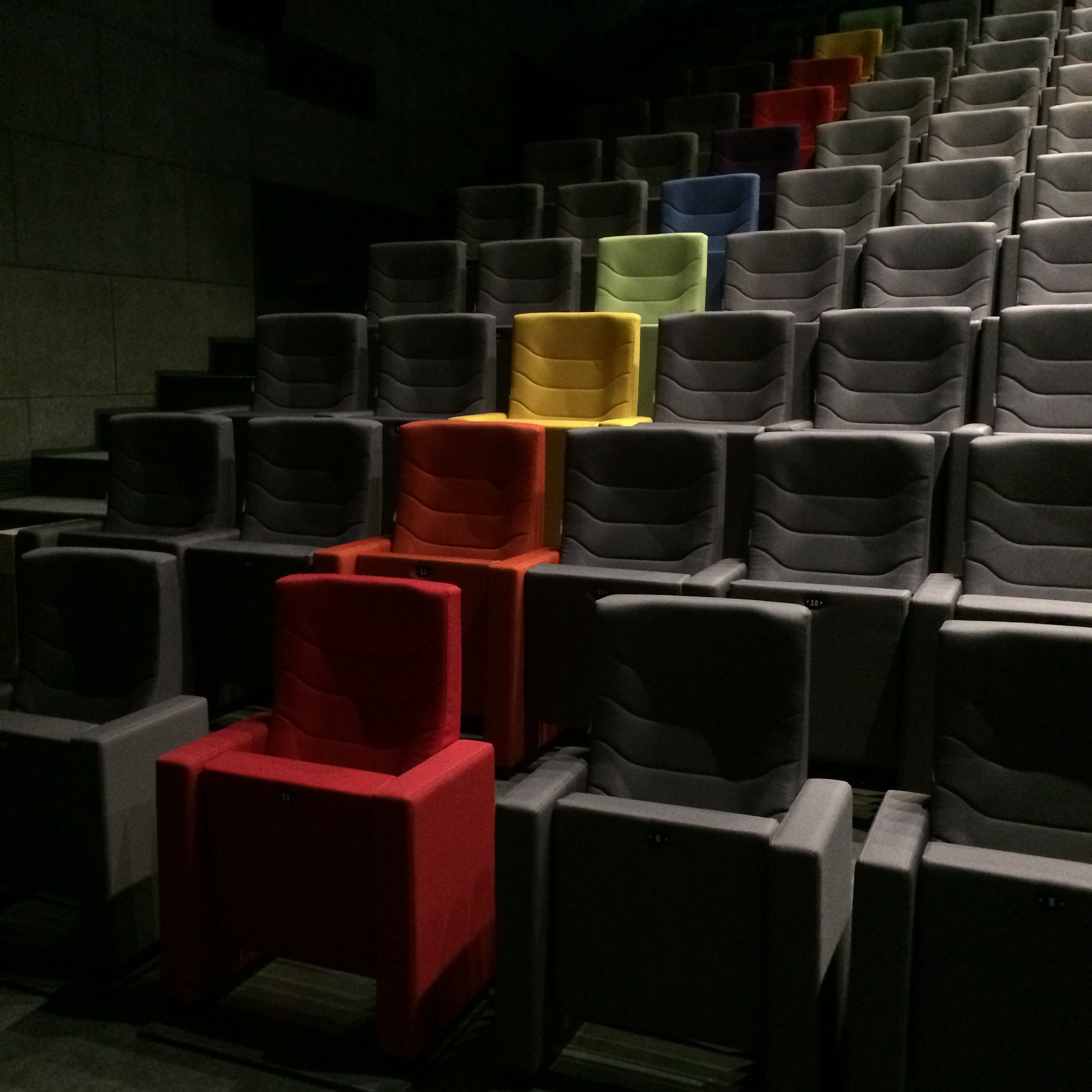 Boğaziçi University and residents of Istanbul have a new movie theater!  Built as part of Boğaziçi University’s cultural activities infrastructure, SineBU raised its curtain on May 2 in cooperation with Başka Sinema.

A New Movie Theater for Istanbul from Boğaziçi University

A first in Turkey, SineBU is equipped with a system that allows the visually handicapped to view movies via Visual Description. SineBU welcomed viewers with a festival-like program throughout May. The theater, run by the B.U. Cinema Club in cooperation with Başka Sinema, is open four days a week and can also be used by different units of the university as needed.

SineBU brings to viewers on campus an excellent selection from the art of cinema.  It is hoped to become an alternative to cinemas in shopping malls and currently serves not only the Boğaziçi community but also the public. Located in the new YADYOK Building at the North campus, SineBU has very high technical standards and can seat 154 people.

A First in Turkey: the Use of Visual Description for the Visually Handicapped

Visually handicapped cinema lovers now have the opportunity to watch the same film together with all the other viewers at a movie theater. Visual Description is a commonly used service in countries like the United States and England. Boğaziçi University first started using Visual Description in 2006, and SineBU is the first movie theater in Turkey where the system has been implemented.

Can Candan, a B.U. faculty member who has greatly contributed to the completion of the project, said the aim is to be the most handicapped-friendly movie theater in Istanbul.  Tarık Ozan Erkovan of the Boğaziçi Cinema Club explained that in addition to the Visual Description system, SineBU films also have detailed subtitles in the form of closed captioning (CC), allowing the hearing impaired to follow the sounds in the film visually.

SineBU aims to show the best of the films that are shown in cinemas throughout Istanbul.  SineBU is open to student clubs and will host various activities, like the galas of new films.