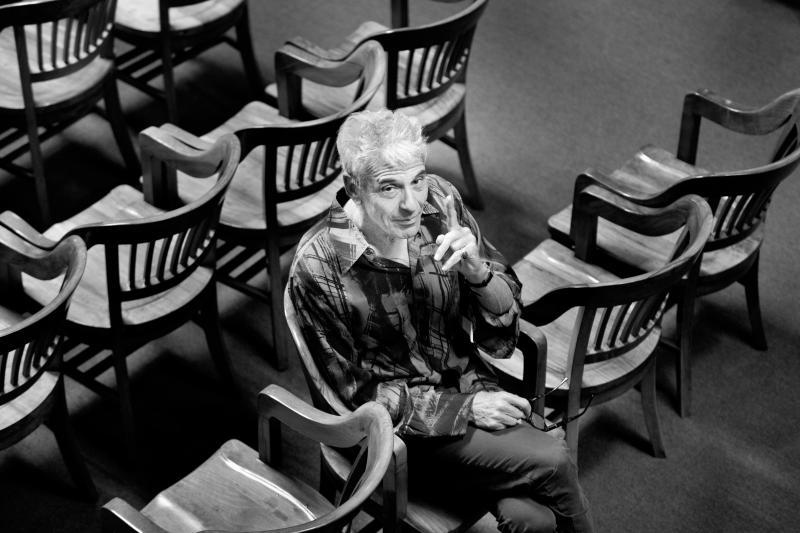 Michael Taussig, the well-known Australian anthropologist and writer who introduced a new language to the world of philosophy through his unusual stage expression, gave a talk in front of a packed audience as part of Boğaziçi Chronicles, Boğaziçi University’s international guest program.

A Journey Across ‘Passages’ on the Concept of Bodily Unconsciousness

Strongly influenced by the Frankfurt School of critical theory and French post-structuralism, the Australian anthropologist Michael Taussig shared his provocative interpretation of Walter Benjamin’s ‘Passages’ with his admirers at Boğaziçi University from a commodity fetishism point of view.  Taussig took his audience on a journey across “Passages” using theatrical expression. As the eighth guest of Boğaziçi Chronicles, Taussig offered an unusual performance as he wandered through “Passages” using his influential concept of “bodily unconsciousness”, developed on Walter Benjamin’s ‘Passages’, to expose the error ofmythical theories of history.

The Berlin Sun Theater: the Mastery of Non-mastery - while simultaneously reading out his texts and transferring his comments on his writings to the stage to the accompaniment of dance and music, Taussig started his conference at Boğaziçi University by explaining how he had developed the idea of expressing the transformation of shamanistic magic into bodily unconsciousness through the metaphor of twilight between sunlight and darkness.

Stating that magic is the art of reflecting physical phenomena as real under dim light, Taussig emphasized that we learn an optical lesson during sunset every day and he calls twilight “the hour of magic”. Expressing this vague transition between day and darkness as an image of one’s physical process of learning, Taussig depicted this situation with the story of the juggler Rastelli and the dwarf hidden inside the big yellow ball. In the story, even if the dwarf, who made Rastelli’s juggling acts with the ball possible, is one day no longer inside the ball, Rastelli realizes through the subconscious process of learning, which he call’s “practice”, that he is now able to perform the acts without help. With a moment imagined as “twilight”, the body embeds movement abilities in the subconscious and can send them back to the organs when they are needed.

Another passage interpreted by Taussig in this framework is the “Chess Automaton of the Turks”, where sitting on a table, an automaton always wins the game by countering any move of its rival with a counter-move. A hunchbacked dwarf who is a master chess-player inside the automaton moves the arms of the puppet dressed in Turkish attire with strings. A system of mirrors makes the space beneath the table look empty from whichever direction you look, and the Turkish puppet is always the winner in the chess game.

While informing his audience about the association between theology and historical materialism, he compared this relationship to a dwarf (theology) setting a mechanical gigantic chess player (historical materialism) in motion. In other words, the puppet named “historical materialism” fearlessly battles every player and always wins, provided that it utilizes the services of theology, which today has clearly become an amorphous dwarf and must remain out of sight.

Stating that the real image of the past is volatile, Taussig accentuated the state of twilight between day and night and said that the past can only be captured as a snapshot which suddenly lights up at the very moment that it exposes itself, not to be seen ever again.