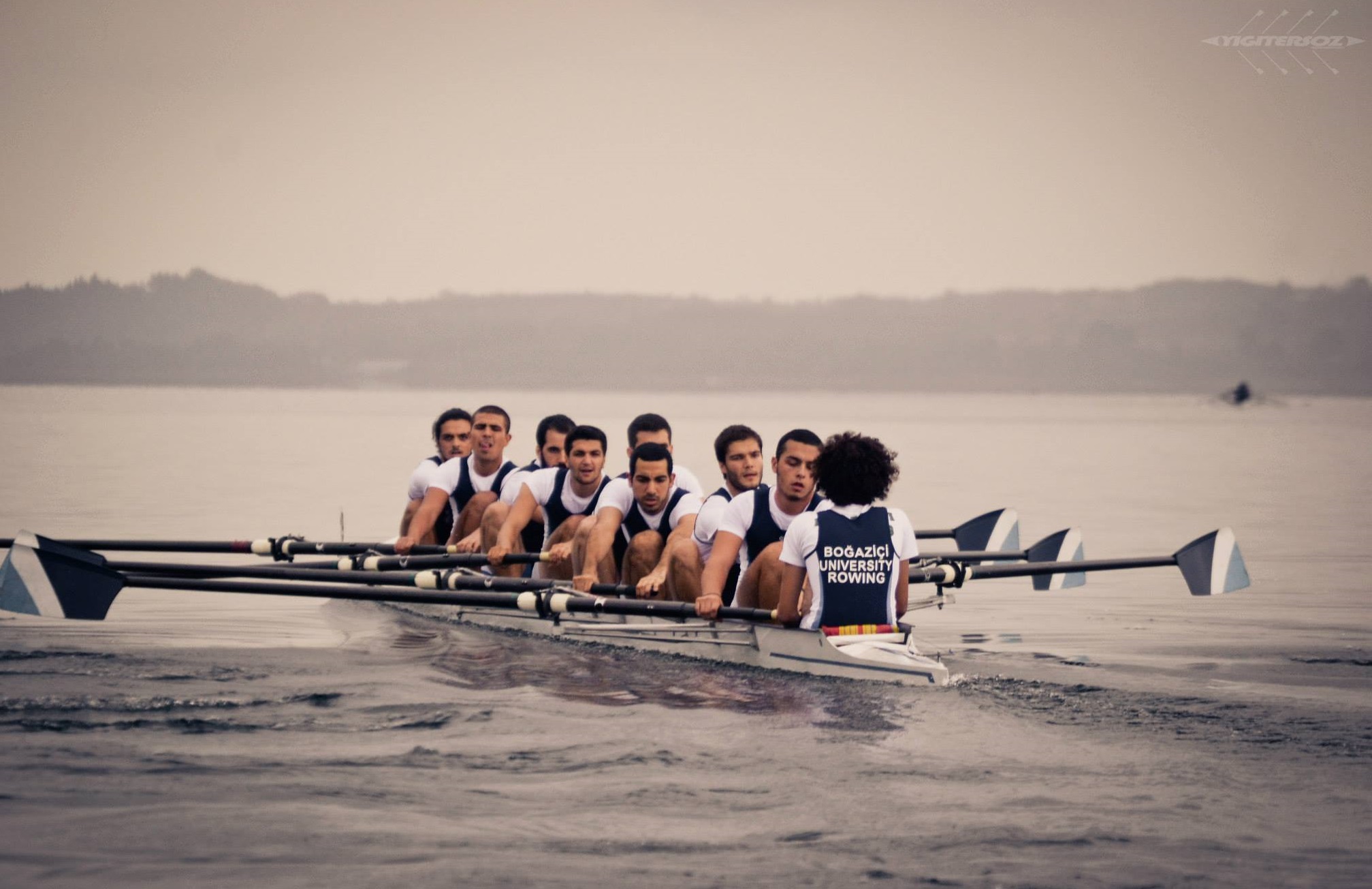 After winning the Gold Medal at the Stage 1 Turkish Cup Race in October, the Boğaziçi Rowing Team again placed first at the Stage 2 Race.The team is now set on participating in the Boat Race in Belgium in February 2015 and returning to Turkey with a medal.

Known as one of the most difficult sports in the world, rowing has been a competitive sport at Boğaziçi University for nearly 30 years.Founded in 1983 under the leadership of Recep Akıncı, the Boğaziçi Rowing Team just keeps adding to its achievements.

Achieving success in a sport that is as difficult as rowing requires hard work and great devotion, according to CoachBatuhan Salih Barutçu, a former national rower who now coaches the nine-member team that includes eight rowers and one coxswain. The team follows a regular and rigorous training program.The rowing team trains on land by running, weight lifting, and exercising on an ergometer, while training on water intensifies during the race season and is carried out at the facilities of the university established at Alibeyköy in 2010.

Objective: to Increase the Number of Women Rowers

Although athletes usually come into contact with rowing for the first time when they come to Boğaziçi, and the team is restructured annually, training regularly does bring results.The rigorous training continues nearly all year long, every day of the week. This not only contributes to improving the athletes’ time management skills, but also enables them to enhance their inner discipline and discover their personal limits.While there are presently fewer women rowers then men on the team, Coach Barutçu says they plan to increase the number of women rowers and participate in 8+ category races.

With plans to attend the Boat Race in Bruges, Belgium in February of 2015, the Boğaziçi Rowing Team is looking for sponsors and hopes to prove its success in overseas waters.

Who is on the Boğaziçi University Rowing Team?

For information on the Boğaziçi Rowing Team, go to http://rowing.boun.edu.tr