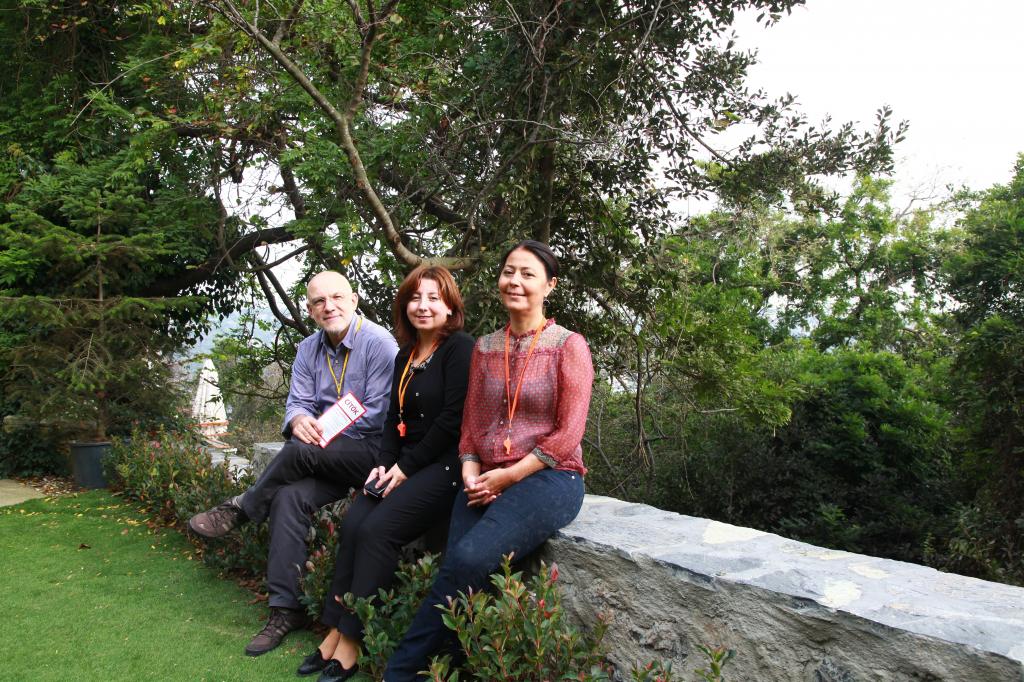 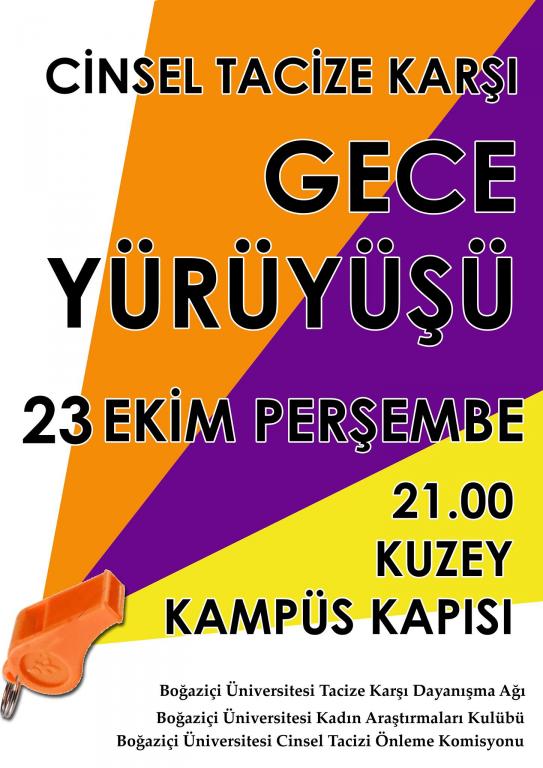 “Midnight walks” are especially common in the United States to emphasize that women have the right to be wherever they wish during nighttime hours. They have become widespread in various other countries over the past decade. Previously organized at Boğaziçi University by BÜKAK, the latest “midnight walk” became an activity with multiple members this year with CİTÖK’s participation. Whistles were distributed to participants, who chanted, “blow a whistle against sexual harassment, help if someone blows a whistle” while blowing their whistles, aiming to raise awareness among students and neighborhood residents.

Can Candan, Biray Kolluoğlu, and Sevda Cora discussed CİTÖK’s founding purposes and upcoming activities. According to the CİTÖK team, CİTÖK was first initiated as part of BÜKAK’s work and later officially formed as a commission in December 2012 to better combat sexual harassment. The team also stressed that the representation and support of different departments at Boğaziçi play an important role for the Commission, which includes academicians who previously worked on these issues together with BÜKAK.

The Commission was established to raise awareness about sexual harassment and to follow-up on incidents, providing guidance related to psychological, legal, and security-related issues. To raise awareness and talk about what sexual harassment is, the Commission invited Prof. Kadriye Bakırcı of Hacettepe University to Boğaziçi last year. This year, a presentation was held for Prep School students during orientation and materials such as brochures and bookmarks were circulated throughout the campus.

The CİTÖK team said they would continue their activities after the Midnight Walk, adding that a comprehensive program had been prepared for the Sexual Harassment Awareness Month kick off in November, which included panels, lectures, film screenings, and awareness-raising activities. Whistles were distributed on all campuses throughout November. In addition, plans to make emergency telephones more visible have been put into effect at the Bebek and parking lot inclines on the South Campus, at the shuttle stop on the North Campus, and by the sports facilities and at the beach on the Kilyos Campus.

Applying to the Commission

Unless stated otherwise, the Commission handles all cases anonymously. The process moves forward completely in accordance with the person’s wishes, and people are directed to relevant units depending on what they desire in terms of support. While the Commission does not act as a Disciplinary Board, a Commission representative is always present when the Board takes up a case.

The overall expectations of the Commission include getting students, personnel, academicians, and neighborhood residents to talk about what sexual harassment is, become aware of it, and take an active part in its prevention. Information on CİTÖK’s activities and meetings can be found on its Facebook and Twitter pages.