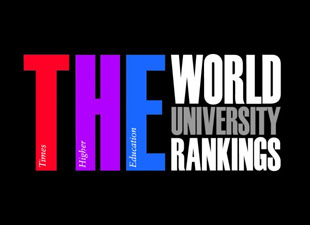 Boğaziçi University entered the THE top 150 world universities in teaching, research, information transfer, and international outlook - considered the core activities of universities - while a total of four universities from Turkey made the top 200 for the first time.Boğaziçi first made the THE list last year, ranking 199th.

Boğaziçi University placed 139th in the rankings, while METU ranked 85th, ITU ranked 165th, and Sabancı University 182nd.Bilkent University was placed in the 201-225 bracket, while Koç University ranked in the 301-350 range.

Times Higher Education (THE) has been publishing world university rankings since 2010 and bases its assessment on criteria drawn from five main headings and 13 subheadings.The rankings are compiled by scoring each university on Teaching (30%), Citations (30%), Research (30%), International Outlook (7.5%), and Industry Income (2.5%), and the report is published annually every October.

Boğaziçi University placed 139th in the top 200 this year, where 28 countries were represented - Boğaziçi ranked 276th in 2012, and 199th in 2013.Boğaziçi University’s consistent ascent is said to be especially connected to its recently taken steps towards becoming an even better research university.

Boğaziçi University President Gülay Barbarosoğlu addressed the school’s achievement, saying, “With a past that spans 150 years, Boğaziçi University is one of the oldest universities in Turkey and the world.This strong historical heritage means our university also has a very powerful vision of the future with regards to culture, society, and science.In line with the strategic plan developed on the basis of this vision, Boğaziçi University took notable steps towards our objective of becoming a research university, diversifying our graduate programs and boosting the number of our graduate students without compromising our high quality undergraduate education.

Boğaziçi University is the number one choice of students taking the university entrance exam.These bright students, a free academic environment, and world class faculty members are some of the factors underlying our success.Brilliant young academicians continue to join Boğaziçi, and their research studies are generating high-impact, high-quality publications.

Through the Technopark founded in 2010, and the Technology Transfer Office established in 2012, Boğaziçi University took steps toward sharing the knowledge it created with industry and society, resulting in an increase in research funding from industry.

The fact the Boğaziçi University was placed among the top 150 universities in the THE rankings is a source of prestige not only for our university, but for Turkey as well.Boğaziçi University does not believe that there is a ranking system that can do justice to the university experience that its students, graduates, and faculty members cultivate on one of the most beautiful campuses on earth, and their contributions to the intellectual life of society.Yet we are naturally very pleased to play a leading role on behalf of Turkey and to be placed among the best universities in the world in the THE rankings, which pay special attention to scientific research outcomes, and in the QS rankings, which were announced a few weeks ago.

My sincere congratulations to Middle Eastern Technical University, who also made the top 200 and continues its upward trend.The recognition of Istanbul Technical University and Sabancı University also shows that when sufficient resources are provided, universities in Turkey are no less capable then their rivals.We all feel very proud of this year’s THE rankings, which are a reflection of academic progress in Turkey.The establishment of Technology Transfer Offices, TUBITAK projects (The Scientific and Technological Research Council of Turkey), and improved and increased policies that encourage research have undoubtedly had a positive impact on these outcomes.As the conditions provided for knowledge and technology generation improve, I believe Turkey will be represented in such rankings with a larger number of universities, and place even higher.”