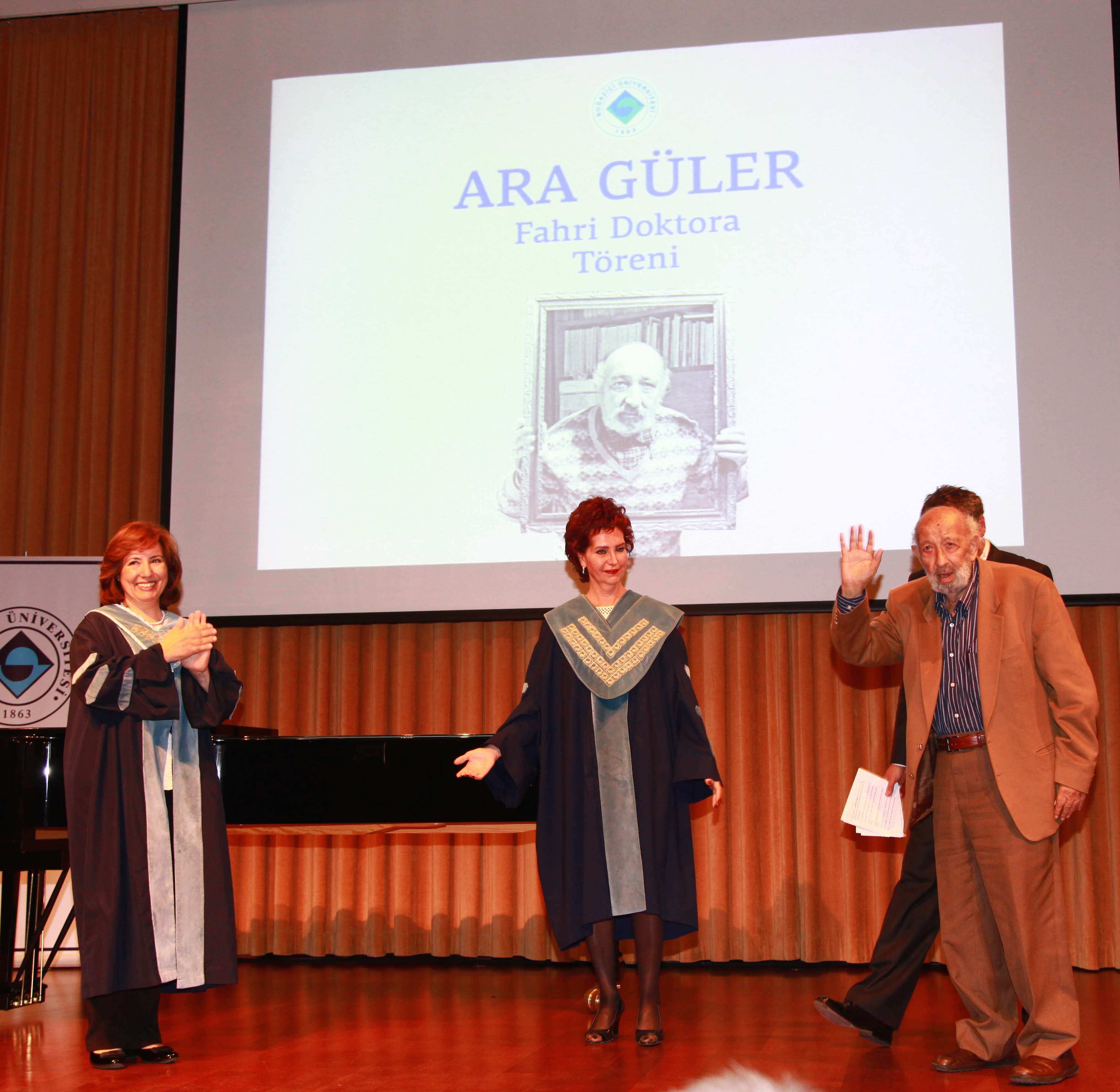 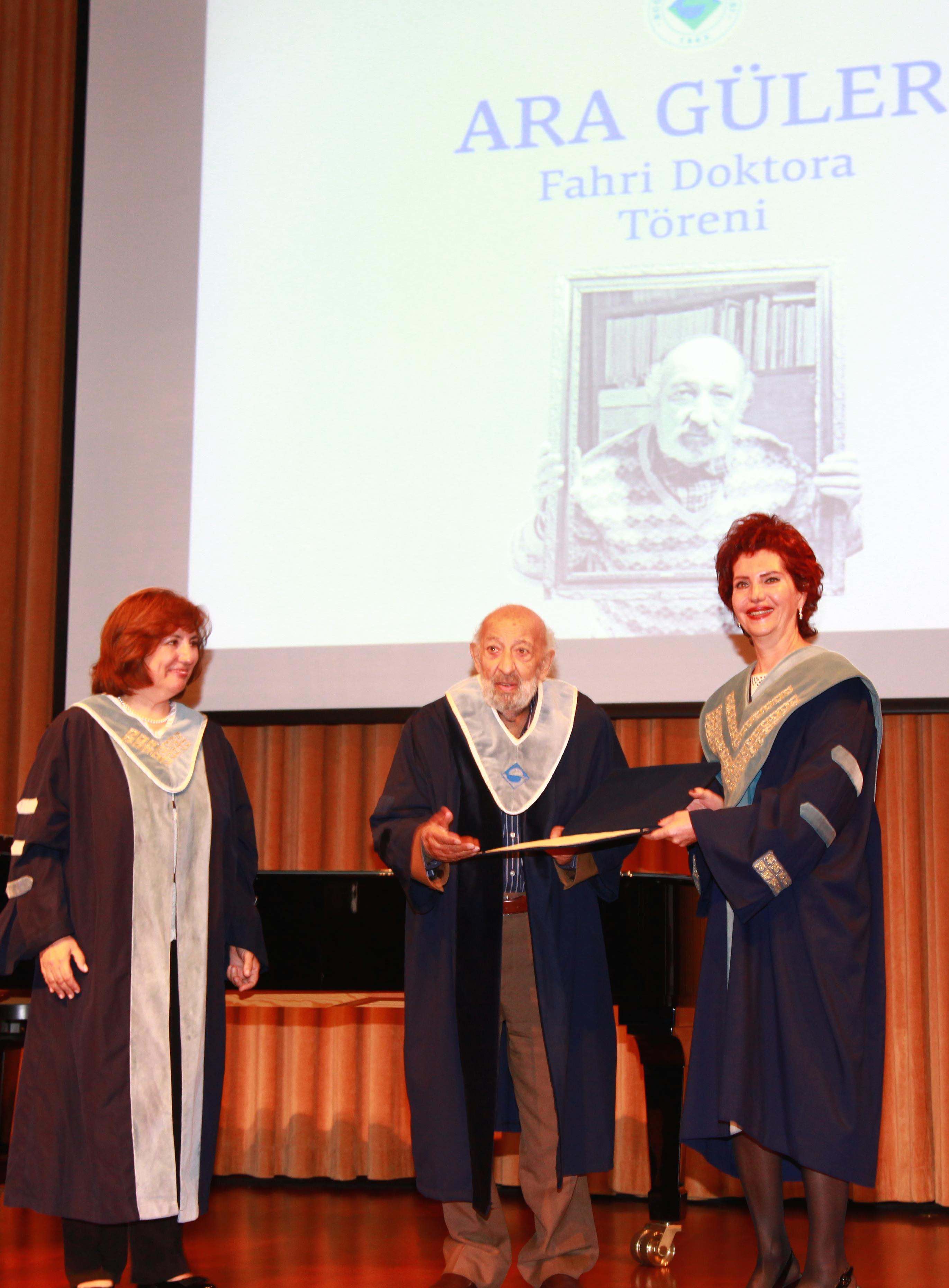 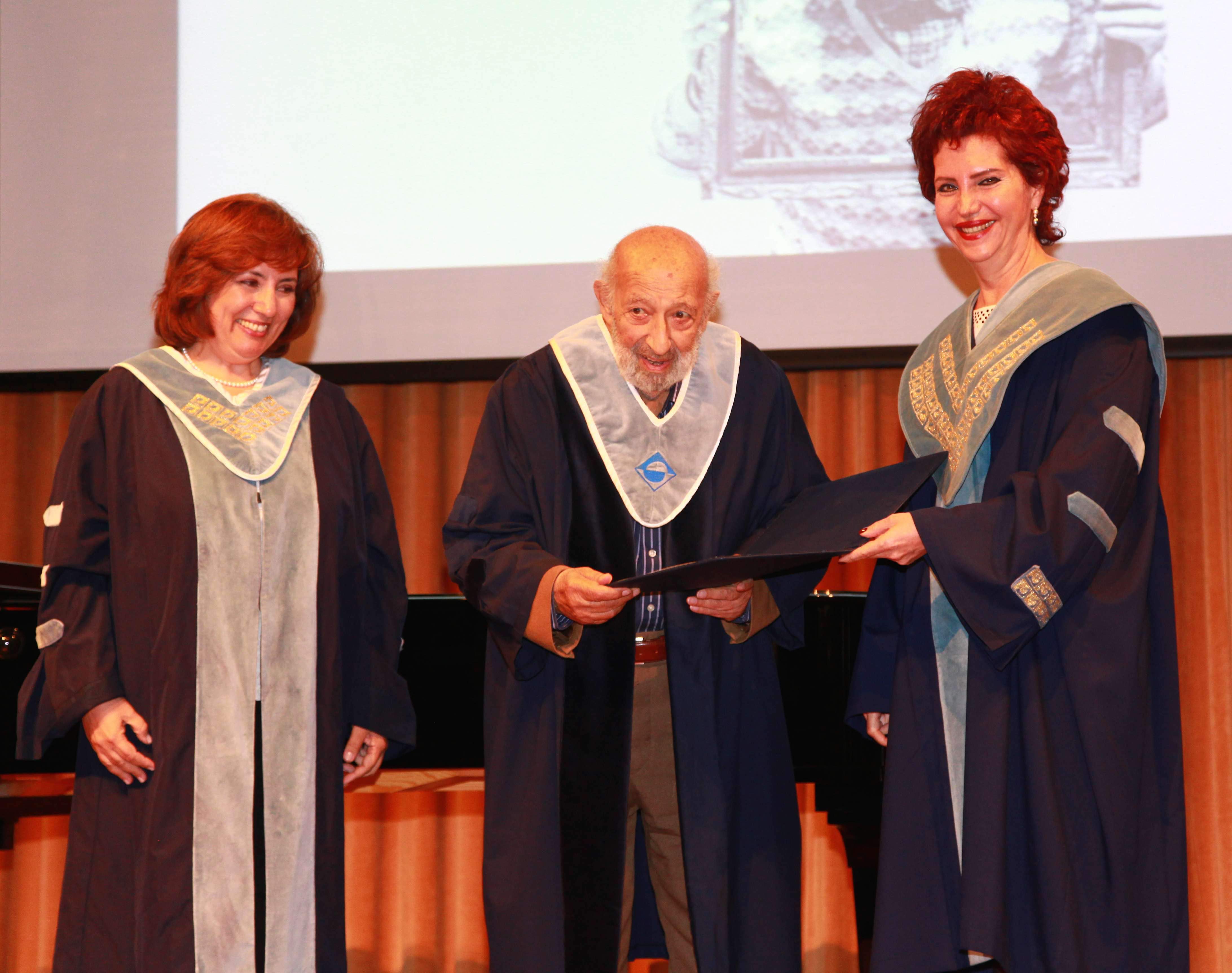 The ceremony, which was held at Albert Long Hall at Boğaziçi University’s South Campus, was met with great interest.Following opening statements by Boğaziçi University President Gülay Barbarosoğlu and Dean of the Faculty of Education Prof. Emine Erktin, Orhan Pamuk introduced and presented Ara Güler with the honorary title.Aydın Karlıbel played a piano recital after the honorary doctorate was presented.

Famous for his domestic and international work not only in Turkey but also worldwide, Ara Güler has documented the impact of rapid social change and urbanization on the individual with great sensitivity and has garnered international acclaim.

Nicknamed “the Eye of Istanbul,” the veteran photographer introduced not only Istanbul to Anatolia, but also the Anatolian people’s vibrant and vocal message of peace and fellowship to the whole world, leaving an indelible mark on the history of photography in Turkey.

Born in Istanbul in 1928, Ara Güler has become a unique and pioneering name in modern Turkish history thanks to the high technical and artistic quality of his work, which spans over half a century.  Ara Güler has travelled across the globe conducting photo interviews, released worldwide via Magnum Photos.He has interviewed and photographed numerous people of influence, including İsmet İnönü, Winston Churchill, Indira Gandi, Bertrand Russel, Alfred Hitchcock, Salvador Dali, and Pablo Picasso.