An Enchanting Talk with “Gandalf” at Boğaziçi University (April 11, 2017) 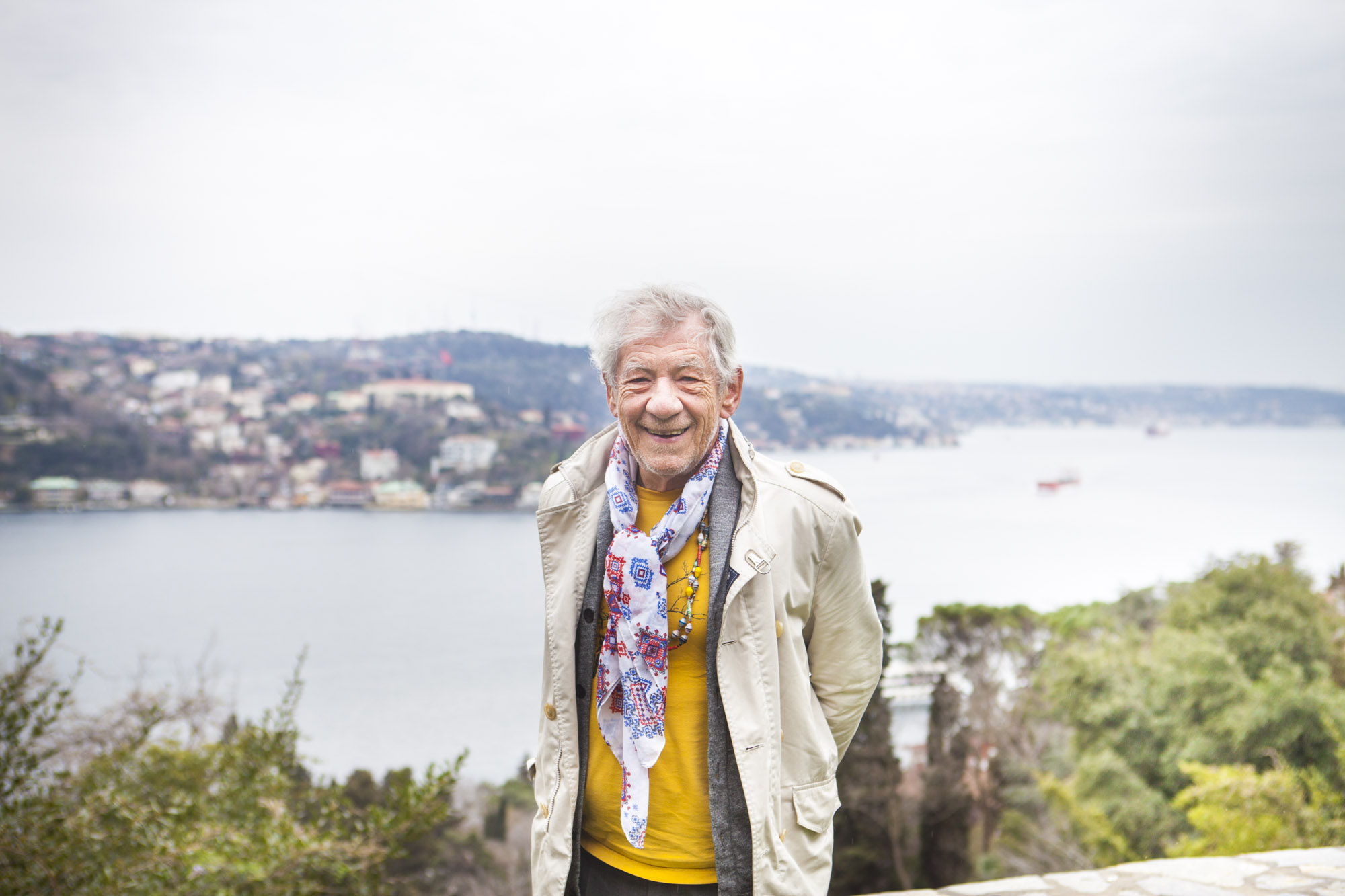 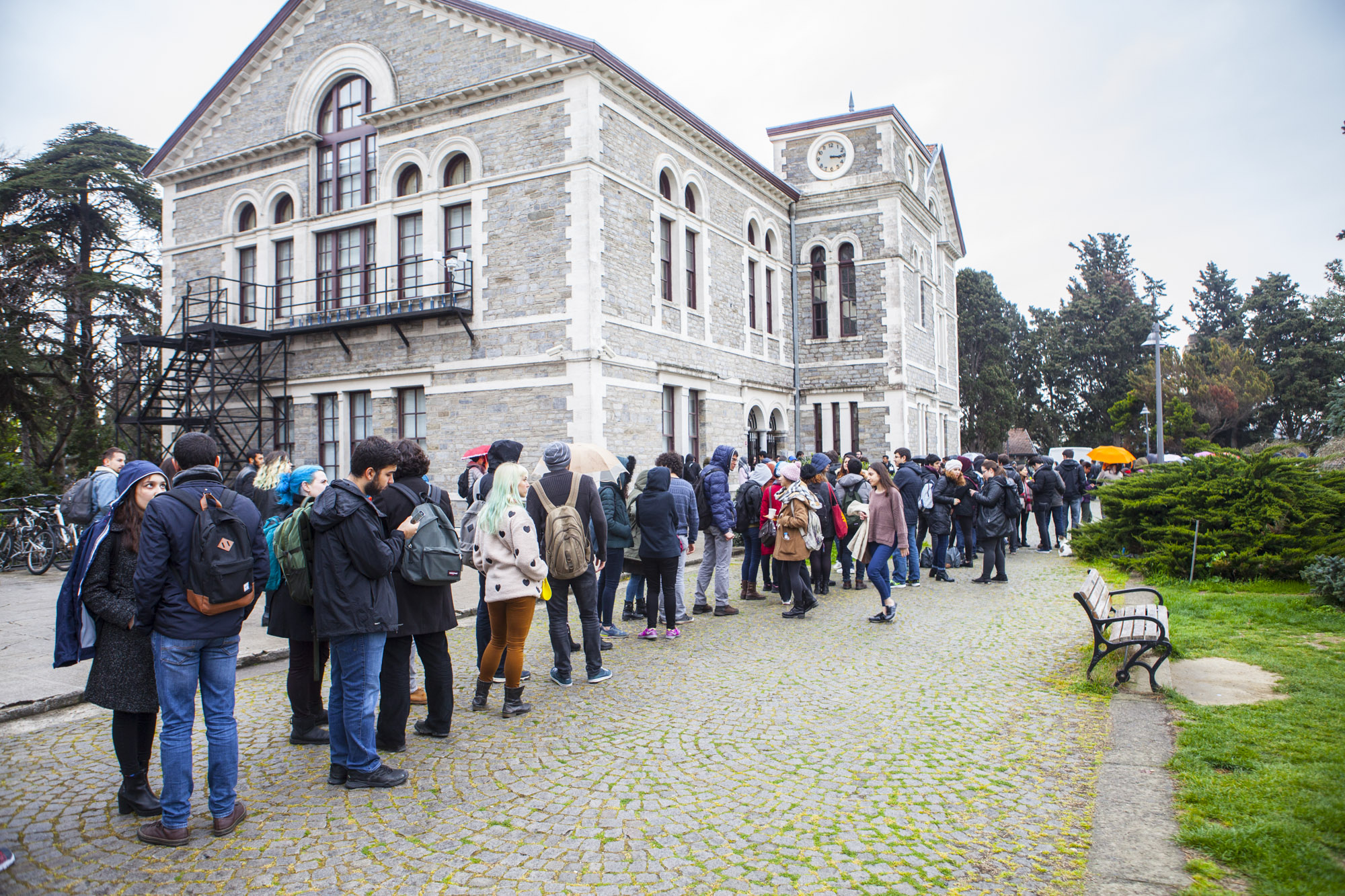 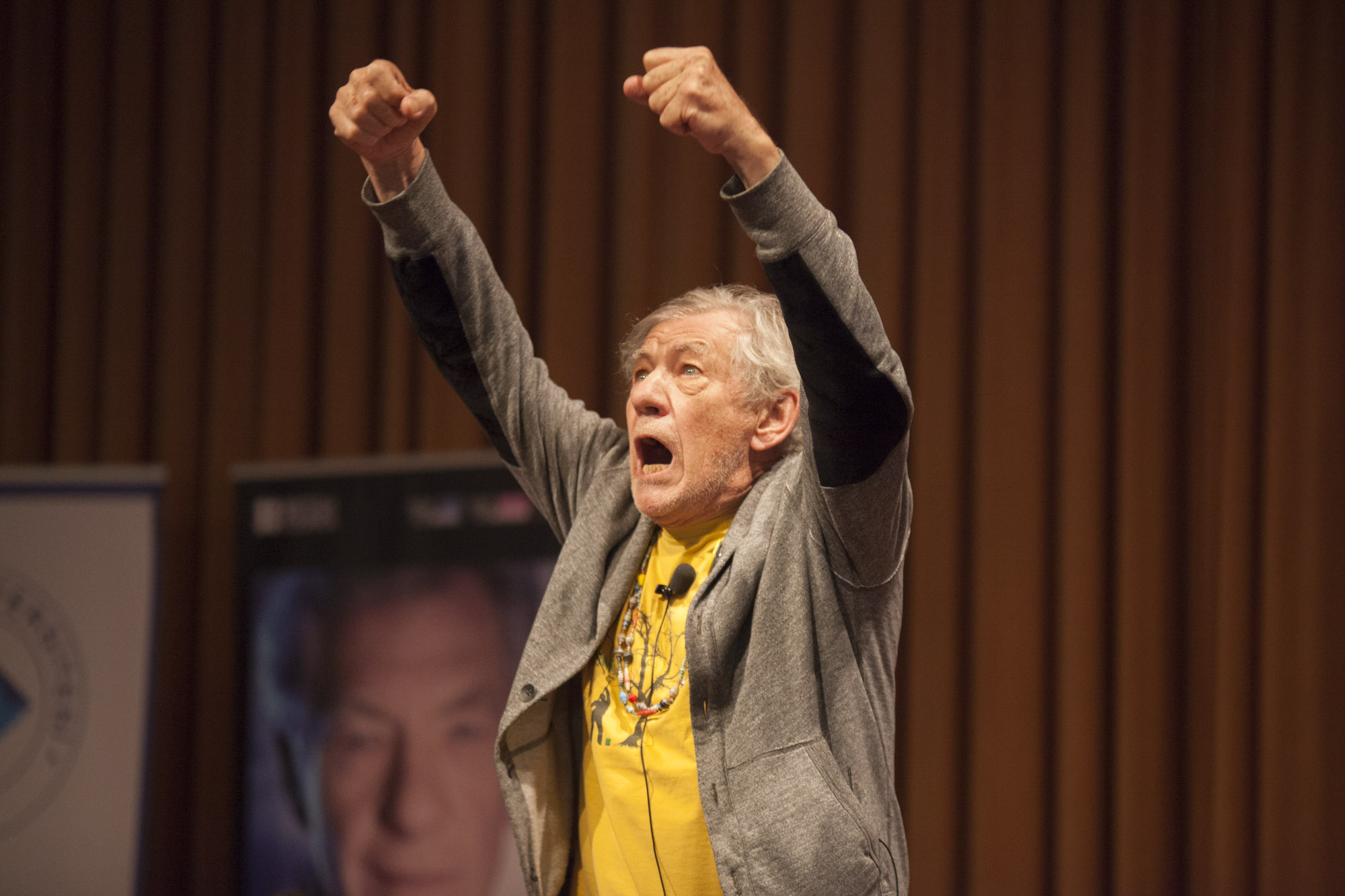 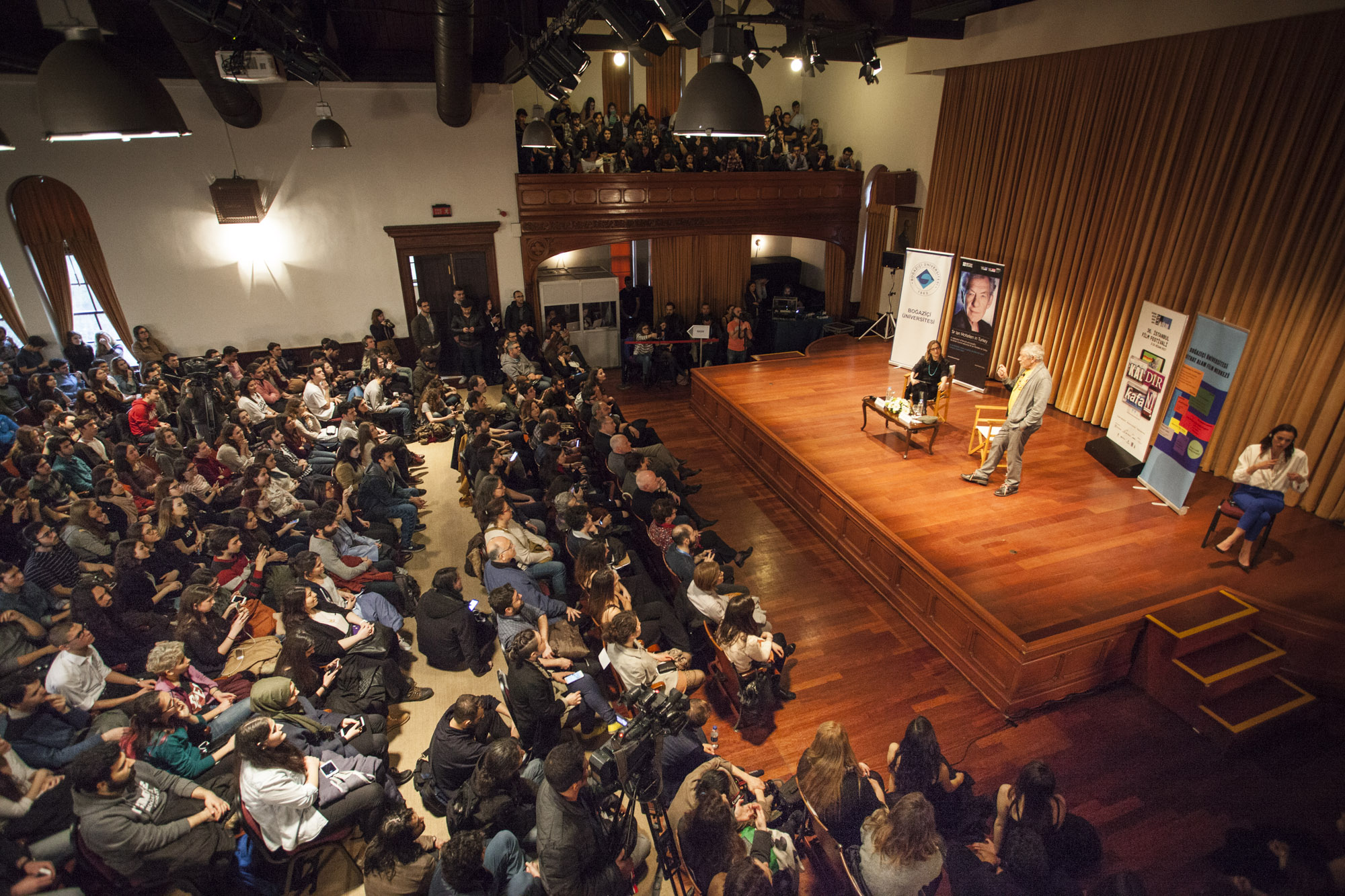 Sir Ian McKellan has gained the admiration of millions with his outstanding performances in legendary films from Richard III to The Lord of the Rings.  He is a brilliant stage actor much admired for his compelling performances in Shakespearean plays;  6 time recipient of Laurence Olivier Theater Award; twice nominated for the Oscar and many times for major theatrical awards in the US and UK; the recipient of many awards including Bafta, Golden Globe, Tony and Emmy.

Sir Ian McKellen came to Turkey as the guest of honor at the Istanbul Film Festival 2017. McKellen, etched in the memory as Gandalf, has a very large fan base in Turkey. At Boğaziçi University, he was greeted by Boğaziçi University Rock Choir, who sang, a cappella, a medley of songs from the film The Lord of the Rings.

He talked about his life of acting, beginning from his first years on stage, and continued with the films which brought him immense acclaim, his LGBTI activism and also his recommendations for would-be actors: McKellan captured the audience with his talk and his sense of humor.

McKellen first talked about his education and first experiences in acting. “I got my college education at Cambridge,” he said. “Cambridge did not have a drama department but I did a lot of acting: I acted in student productions; I acted with small local theaters; I acted with small theater companies outside of London.  I educated myself and became a professional actor.” McKellen told the audience that he usually played in very big theaters, but after he played Macbeth in a very small theater, he became interested in the cinema because he felt that the camera brought the audience closer. “The camera sees details that you don’t see in real life,” he explained.  “So in films, expectations of you are very demanding.  Your reality has to be total, you must believe in yourself in the character....And you must reflect this very clearly.”

“If I had done Mission Impossible, I couldn’t have played Gandalf”

McKellan told the audience that he had turned into a potential film actor with the film Richard III and reached the zenith of his film career with the characters Magneto and Gandalf.  Actually, he had gotten those two roles by sheer coincidence:

“Tom Cruise wanted me to be in his second Mission Impossible but he wouldn’t let me read the script. I had to turn him down because they hadn’t shown me a script... Shortly afterwards, Peter Jackson asked me to play the character Gandalf.  You see, if I’d said yes to doing a script I hadn’t read, I wouldn’t have played Gandalf, and I probably wouldn’t be here now.”

As for his preferred style of acting, Sir McKellan said that he approved of an acting style without exaggeration. “It’s an actor’s job to be believable in the character, not to be too stylized...  Acting on stage is holding the mirror up to nature; so acting should not be too exaggerated, too rhetorical.”

McKellan told the audience that he liked playing characters he could empathize with.  Gandalf was his favorite part: “Many people told me, ‘you were exactly like the Gandalf I always imagined.’  But if you read the book, Gandalf described by Tolkien is strange; some of the details in Tolkien’s description are not in the film... because it is not possible to transfer those details to the film.  What we were doing was making me look like the image of Gandalf in the illustrations made for the book by Alan Lee.  So I look exactly like Alan Lee’s Gandalf, not Tolkien’s.”

Mc Kellan also made some recommendations to those who wanted to pursue a career in acting. “If you have doubts, if you are worried, I would say don’t do it. Acting takes lots of commitment, preparation, and then some luck might come your way. But go to the theater, act with amateur theater companies, with student productions; you can even make films on your phone.  If you want to get better, you must go on acting. Go and see other people act, you can learn a lot from other actors, even from bad ones.”

At the end of the talk, Sir McKellen thanked Boğaziçi University for their hospitality and as a “small present” to the audience, delivered a speech from the play Sir Thomas More.