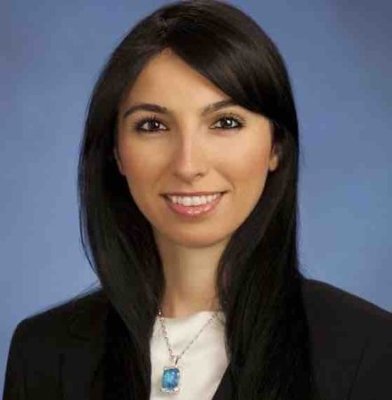 Hafize Gaye Erkan gained admission to Boğaziçi University Department of Industrial Engineering with a ranking of 26th in the University Entrance Examination; she graduated in 2001 with a record breaking score; she was the first student in the history of Princeton University to finish the PhD program in one year.  Gaye Erkan is now the President of the First Republic Bank, one of the leading banks in the US.

Hafize Gaye Erkan’s professional achievements can serve as a model particularly for those who aim a career in the world of finance.

Erkan’s successful career was rewarded by her appointment as President of First Republic Bank at the age of 36.  One of the most important turning points in her life came before she started her doctoral studies.  Erkan received PhD scholarship offers from nine top universities including Stanford, Princeton, Boston, and Cornell. She decided on Princeton, where she was awarded an Honorary Doctorate Scholarship, an award given to only two people per year, which provided her with a house, a monthly allowance of $3,200, and an unlimited budget from US National Science Foundation for her research.  Her PhD is in Operations Research and Financial Engineering.

She changed the history of Princeton

Erkan completed in one year the PhD program that takes 2 years, comprising 12 courses. She was the first student to finish the program in one year in the 246-year history of Princeton, a university whose alumni include influential world leaders and personalities who have shaped the world. She also earned the title of “the youngest finance professor” in the United States. Princeton University subsequently changed minimum required period of study for a PhD degree to one year.