“It’s Been Proven That GMO's Cause Antibiotic Resistance But There’s a Ban on Research” June 17, 2016) 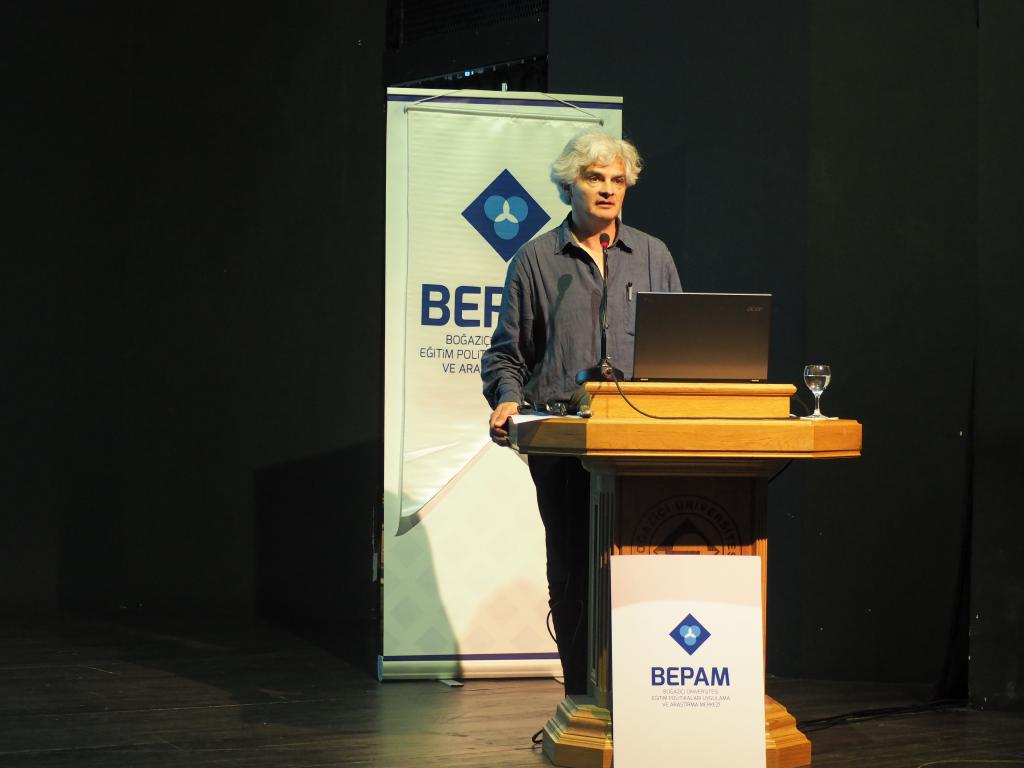 Prof. Ignacio Chapela, the founder of the Laboratory of Microbial Ecology at the University of California at Berkeley, was at Boğaziçi University as the guest of the Institute of Environmental Sciences and Center for Educational Policy Studies in June.  Prof. Chapela made a speech at the conference held on June 16, stating that it was already proven that GMOs caused antibiotic resistance and posed a major risk to public health.

Ignacio Chapela is one of the first scientists to prove that transgenic DNA particles pass from genetically modified corn to indigenous corn varieties in Mexico. Stating that currently 98% of the genetically modified crops are in the USA, Canada, Brazil, Argentina, and India, Prof. Chapela said, “Genetically Modified crops and organic crops cannot coexist without affecting each other.  The minute they interact, organic crops will change.  The native countries of those crops in particular are exposed to the danger of genetic contamination of their crops; for example wheat in Turkey and Mesopotamia, corn in Mexico.  Therefore, the attitude we will have in the future is vital.”

Chapela argued that conducting academic studies on GMOs was impossible since governments, private sector and even universities put pressure on researchers who did.  “There is a saying in academia,” he said:  “a question against GMOs costs a profession!”

Boğaziçi University Institute of Environmental Sciences and BEPAM (BU Center for Educational Policy Studies) hosted Prof. Ignacio Chapela, the founder of the Laboratory of Microbial Ecology at the University of California at Berkeley. Prof. Chapela held a conference on “Researching GMOs and Corporatization of Universities” at the Demir Demirgil Hall on June 16, 2016.

Chapela claimed that in the 1980s it was believed that biotechnology studies would save agriculture, medicine and even energy; that and the promises about GMOs proved to be lies.  Chapela said, “We have very few studies on humans, but there many studies on rats and monkey, which are referred to as “sample organisms”.  Another resource we have is the studies on animals like cows, pigs and sheep living in agricultural areas, but we do not have counterparts of these studies carried out in labs.  We have solid proof from those studies; we can see the effects of GM products on the tissues of the digestion systems of humans and rats. GMOs also have significant effects on the immune system.  What is more interesting is that the research done on rats has revealed the damage on their internal organs, and several problems in their reproductive systems.  We have studies that point to problems like miscarriages, deformed babies, and infertility.”

Chapela noted that people conducting academic research on GMOs were under pressure and even receive threats, the extent changing from country to country, and that government, business world, and some academic circles worked together to obstruct any research against GMOs.  Chapela added, “All small individual studies have proven that GMOs lead to antibiotic resistance.  Studies conducted on water from six big rivers in China found modified DNA and strong antibiotic resistance in microbes. Medical scientists argue that antibiotic resistance is the biggest threat to humanity.”

Chapela ended his speech by summarizing his points:  “What are the effects of GMOs on health?  We do not know.  Do people die of GMOs?  We don’t know.  But it is possible.  Jeffrey Smith has a presentation known worldwide.  In the graphic study he conducted from 1960s to 2016, he found that cancer and autism cases increased in direct proportion with the increase in GM crops.  Smith argues, therefore, that GMOs are the cause of cancer and autism.”